DAY 8 - Pat Doran: Winning on Derby final night was unbelievable, I know nothing else only dogs

DAY 8 - Pat Doran: Winning on Derby final night was unbelievable, I know nothing else only dogs

When Brownstown Tango crossed the line to win the BoyleSports Supporting Irish Sport Open Bitch 525 in Shelbourne Park on Derby final night, for many it was just another race. But not for Kildare trainer Pat Doran.

“She won in 28.11 and it was great like, it was just unbelievable,” he says as he looks back fondly on what was the highlight of his Irish greyhound racing year in 2018. 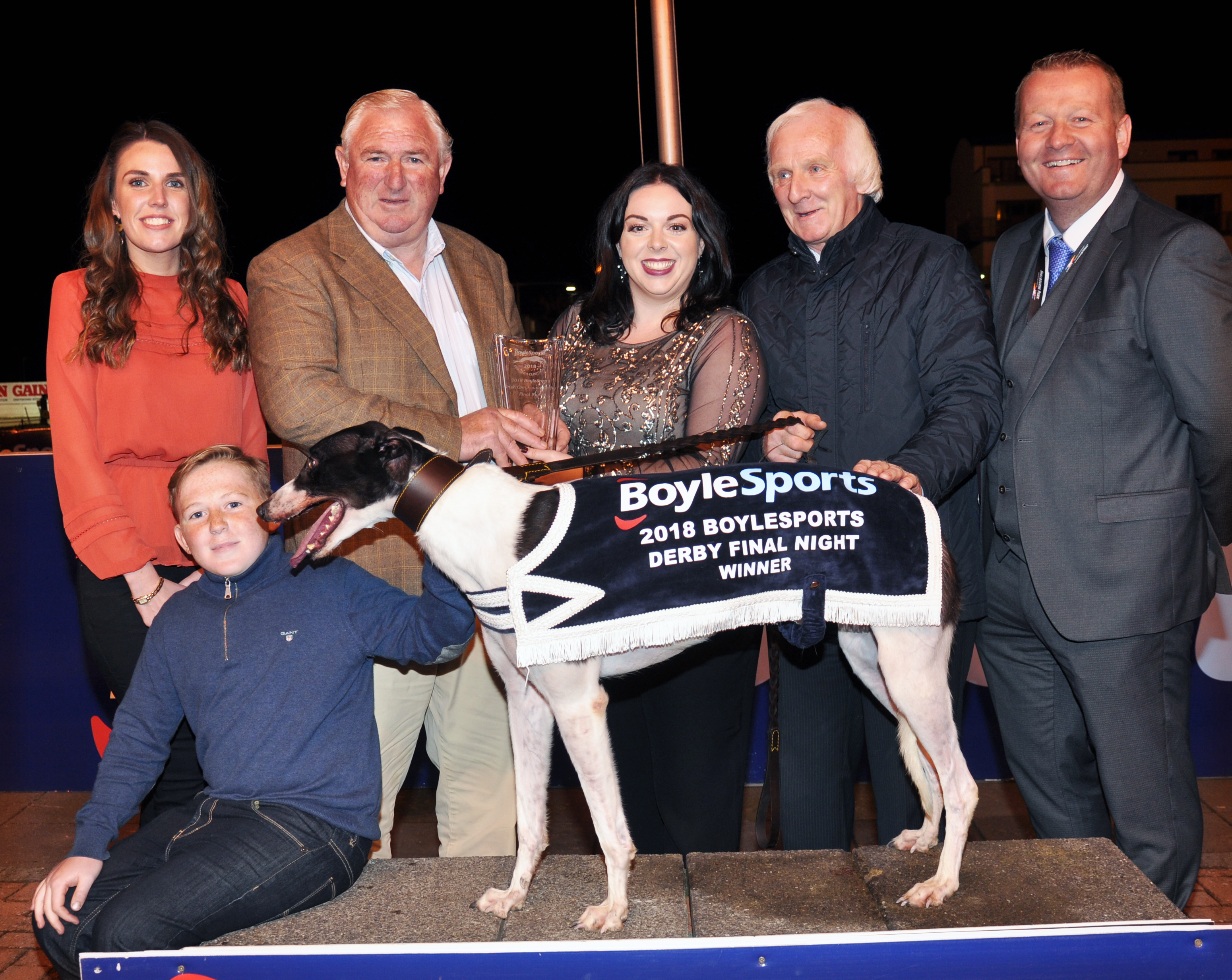 Tango has gained five of her eight career wins in local track Newbridge, where she won her first four career starts between December 2017 and February of this year.

“She’s a grand bitch, she lies there all day, when you exercise and feed her there’s not a problem with her,” Pat says. “She’s very easy to manage, she’s just unreal. She’s more like a human than a greyhound to be honest about it! She’d nearly talk to you! You go out there in the mornings and she’d be jumping at the gate to see you, she’s always happy in herself in that sort of way,” he adds with a chuckle.

Tango has raced exclusively in Shelbourne Park since the victory, picking up her third victory at the Dublin venue on the 8th of December. She finished five and a half lengths ahead of Gifted Girl in a time of 28.60.

Pat, however, has an obvious fondness for his local track in Newbridge.

“Newbridge is a great place, and Joyce there, you wouldn’t meet better in Ireland than Joyce Black. She’s the best racing manager in Ireland I’d say,” he says. “She’s very nice, accommodating and if you have a problem you can go to her. They’re all very good, every racing manager to be fair to them, they’re under big pressure and have a lot of dogs to handle. You’ve a lot of working fellas that keep greyhounds [in Newbridge]. It’s a night out for them. There’s fellas there just as long as I am on dogs.”

That’s a long time, as Pat describes. He currently has fourteen dogs in training in his kennel. “Myself and my brother have dogs since we were very young. He still keeps a couple of dogs and I train them here. We have dogs all he lives,” he says. “We’re in it for about 40 years now, it’s changed but it’s changed for the better. The facilities now are mighty at dog tracks.”

Another noteworthy dog of Pat’s is Fagan’s Honey, who is still racing having turned four years old in November. The bitch has four wins to her name this year, at A5 level, all in Mullingar. She has eight track victories to her name overall.

Pearl Spectre also has four career wins, the most recent of which took place in an A6 race in Shelbourne Park at the end of November.

“She’s a versatile sort, you can go anywhere with her like, once you get trap one with her, she’s ok,” Pat says of Spectre. “If she doesn’t have it, she doesn’t want to know. She loves the rails, Brownstown Tango is the same, trap one, two or three. Tango is a rocket from those traps.”

“You’re hoping to win that Derby sometime, you know nothing else only dogs,” he says passionately. “We eat, drink and sleep dogs, that’s the way it is in this house. We have a nice litter of Taylor Sky’s here, she’s a half sister to Brownstown Tango. They’re 13 months old now, and they look promising. We’re looking forward to them next year. We’ll start them off in Newbridge, they have great schooling facilities there. If I could get another winner on Derby night [in 2019] it’d be great!” he laughs.