DAY 5 - Michael Fortune: No matter the year, nothing ever compares to the Irish Greyhound Derby

DAY 5 - Michael Fortune: No matter the year, nothing ever compares to the Irish Greyhound Derby

This was Michael Fortune’s 41st year crafting, building and distributing the annual ‘Greyhound Review’, and the voice of greyhound racing is showing no signs of stopping yet.

When asked about his personal highlights of 2018, Michael says that no matter the year, nothing compares to the Irish Greyhound Derby: “I know in a place [Ballyanne Sim] was over 200/1 in the betting at one stage, and he came down and down and ended up a deserving winner of the Derby. It was a great story, it involved a good friend of mine for years, a fellow Wexford man [owner Eamon Cleary]. It was a fantastic night, a great atmosphere, and the celebrations of all involved really brought it to a different element.” 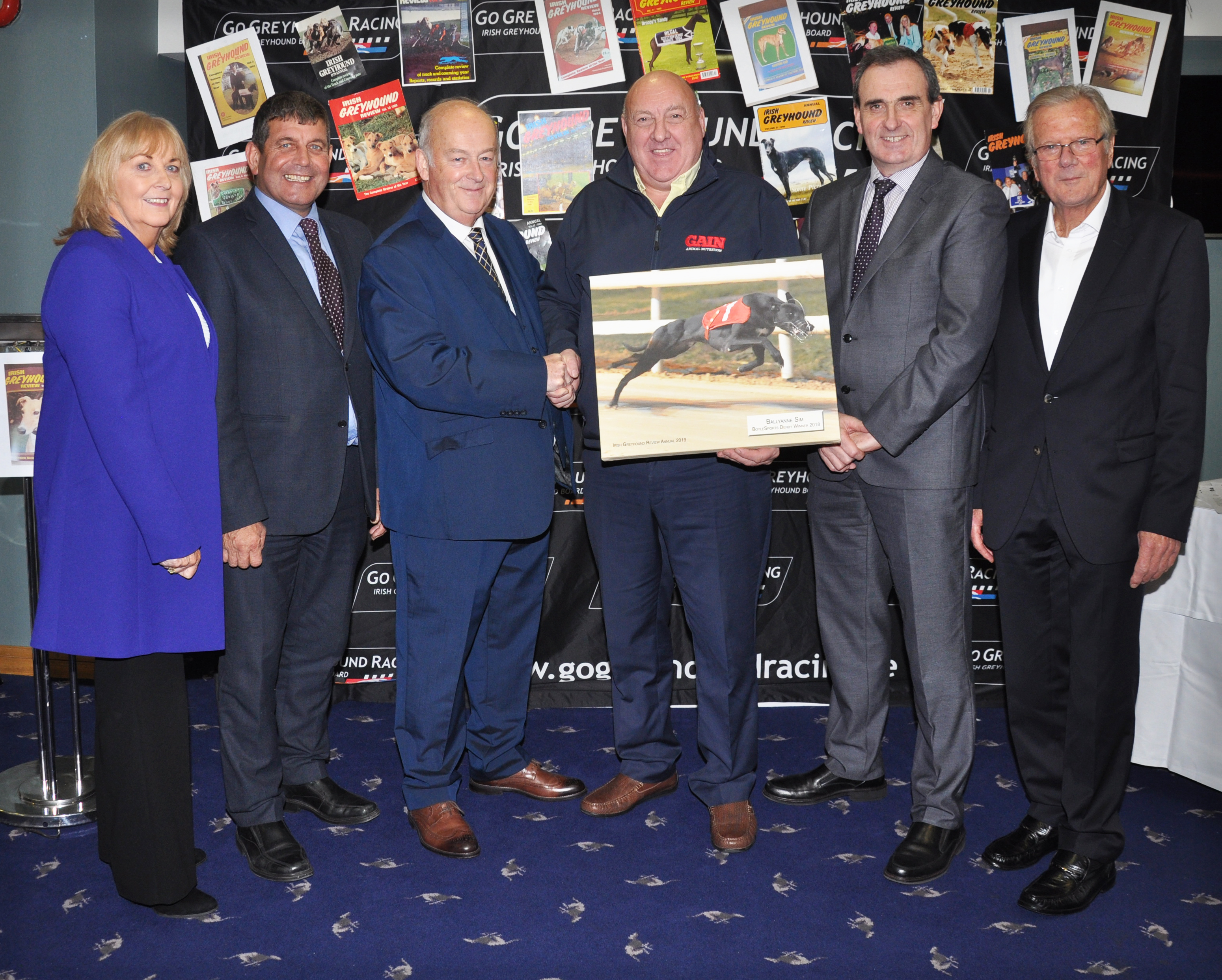 He believes that it far exceeds the race equivalent across the water, which has yet to find a venue for 2019. “The Irish Derby is always the premier event, I go most years to the English Derby final. It doesn’t even compare. It’s only a pale shadow compared to the Irish Derby. I would only compare with it the Night of Stars… that is a meeting of similar status. Those two meetings stand out in the racing calendar.”

He does, however, say that it’s difficult to compare one Irish Derby to another, but a few standout memories remain. “As a child, I remember being on my father’s back watching Spanish Battleship winning his third Derby final in 1955! So you see in awful lot of Derbies in the years that follow. From a personal viewpoint, I think the night that Lively Band won the Derby [in 1974], that was a fantastic occasion in Shelbourne Park. The sheer early pace of that greyhound was unreal. The night College Causeway won the Derby final [in 2009] gave me great satisfaction from a commentary viewpoint, because he was the dream dog to do a commentary on. You knew where he was going to be going into the back straight. You knew he was going to be last or second last, and you knew he was going to come through them all! Things like that make the night special.”

Michael notes that Ballyanne Sim’s success, as well as that of Blastoff Jet in the Barking Buzz App Irish St Leger in Limerick, made it a good year for the smaller kennel.

“You had an amazing scenario where you had two greyhounds that were bought, one was bought for €2,600, the other one, Ballyanne Sim, was taken off the bench unsold at €2,600. Yet both of them won Classics and became great greyhounds during the year. That made it extremely special,” he says.

He says a number of successful greyhounds this year have had one thing in common – early pace. “I think it was the early pace element which really lifted this year. In the Oaks as well, we had the bitch bought by Paul Hennessey halfway through it, Jaytee Jordan, and she came out and won it. Again, early pace, early pace, it seemed to be the theme right through the year for the top greyhounds.”

2019 will be the 42nd year that Michael Fortune heads up the annual Irish Greyhound Review. When asked for his one wish for next year, it’s an emphasis on a discipline which he describes as an old ‘hobby horse’ of his: “What I find has been encouraging in the last few months… staying racing, right from 575 yards up. There’s more emphasis being given to that type of racing. That racing is very popular with the racegoers, they love to see races over 600, 700, 750, that has been very encouraging. A few new glittering stars have been produced over those staying distances. It just shows the talent is there, given the opportunity, for that type of racing. It’s a huge plus for the industry that staying racing is getting a chance.”