It capped a memorable night for Philip, who said that winning the €25,000 prize was ‘the stuff dreams are made of’. 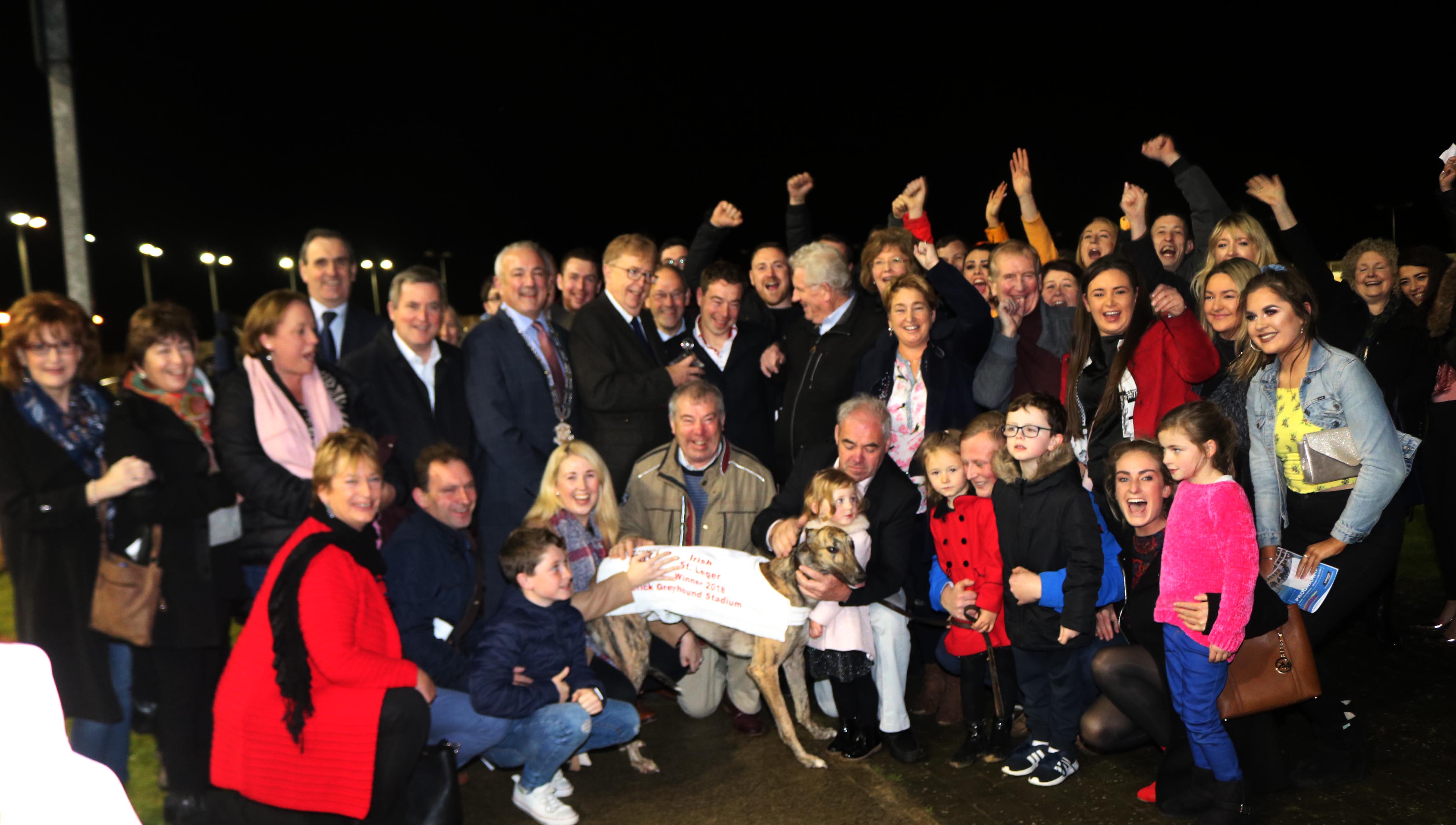 Reflecting now, over a month on, he feels 2018 has been a memorable one on the track. “It’s been a great year from start to finish really. It’s only sinking in this week,” he says. “With 26 runners in Limerick we’ve had 14 winners, one of them including the Leger final. You couldn’t ask for any better than that. It’s just been brilliant.”

The Leger wasn’t always the plan for Blastoff Jet or the Buckley kennel. Indeed, Jet was an A1 dog before the Leger began, and he very nearly ended up in Dublin instead.

“Normally, we would have had customers who bought dogs before they ran, some of them would run and be sold afterwards, they’d be sold within their first 18 months. Times just changed a little bit, we ran them in Limerick and the race was 20 fast and people wouldn’t buy them. I was hoping to run him [Blastoff Jet] the week before the Leger, and get him into open, but he was on as a reserve and didn’t get in. We just said we’d go with it even though he was only A1. He was entered in Shelbourne and was just a small bit lame, that was the plan, it probably all worked out for the better. We would have probably stayed up for the A1 stake otherwise. Everything happens for a reason,” Philip says.

Before the Leger series began, the dog had only ran six times. His record now stands at six wins from eleven starts. Despite being relatively inexperienced, Philip says Jet does everything right in the kennel.

“He’s a pure gent in the kennel, you wouldn’t even know he’s there, you’d forget he’s there. He just likes to go out on his walk a couple of times a day, there’s no pulling or tearing. He just stands getting his lead on, eats all his food, doesn’t create any kind of hassle. He doesn’t be jumping around or anything. He’s a real quiet, sober gentleman of a dog,” Philip proudly says.

His victory in the Leger is one of the examples that people are pointing to in a successful year for the smaller kennel in Irish greyhound racing in 2018. Philip admits himself that it’s the type of win that ‘opens the dream’ for everybody.

“Nobody has to panic now. A lot of people would be told ‘if you don’t sell your dog after the first or second race, you’re at nothing’, well this just opens it up for everybody now. A lot of it is self belief. If you believe in the dog and believe in yourself, keep it simple, stay cool, you’ll be fine. Just do what you do and don’t listen to anybody else. That’s all I did with Jet, I had everybody telling me ‘do this, don’t do this’. I just kept to myself. I listened to everyone but I didn’t go off the plan that much, but knowing yourself what’s right and what’s wrong for the dog is key I think,” he insists.

With that being said, Philip is very much looking forward to 2019. “The beauty of owning and training your own dog is you’re not under pressure to run them every week. We’ll just see what way he [Blastoff Jet] comes back. When he tells us he’s ready, we’ll have a go at something. His sister, Blastoff Tess, looks to be a very good bitch too.”