DAY 12 - Peter Farrell: There's a lot to look forward to for the Irish greyhound industry heading into 2019

DAY 12 - Peter Farrell: There's a lot to look forward to for the Irish greyhound industry heading into 2019

Eagle-eyed and regular Talking Dogs readers will already be aware that Peter Farrell began working as Talking Dogs correspondent for the Lifford, Limerick, Thurles, Clonmel and Galway tracks in November.

Peter and his family have been steeped in greyhound racing for years, often racing out of their home track in Lifford. “I’ve been involved in dogs as long as I can remember. There was never a time when I was young where I didn’t look outside and see a dog’s head looking back down at me,” he remembers. “It was kind of bred into me. My father was a public trainer for over 30 years. Before him, my grandfather was the first stipendiary steward in Northern Ireland, back in the late 70s. I worked as a kennel boy in Lifford for five or six years. It’s full of good people, good doggy people. Once you get bit by the bug you kept at it.” 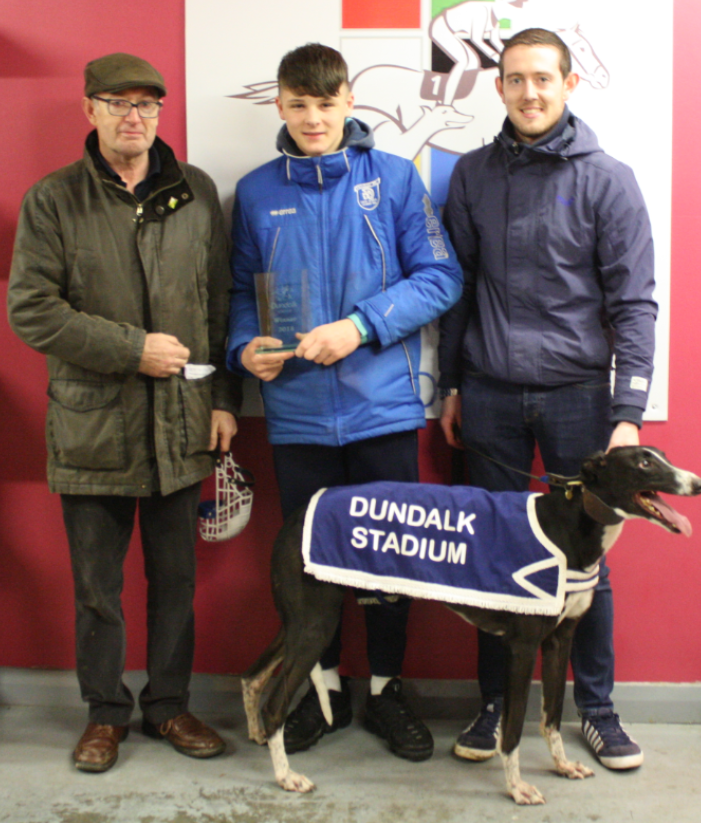 He mentions that Lifford in particular has a real tradition of greyhound racing, going back decades. “There are generations of people dating back, from fathers, grandfathers, sons. You find all types of people at Lifford. It’s very successful too, when you take into account the Coursing Derby winners throughout the years, there’s been quite a few from this part of the country. We have good facilities down here, a coursing field a few miles down from the track, it’s something here the people are proud of,” Peter says.

Brexit is obviously a worry for breeders, owners and trainers in the North heading into 2019, something Peter is very aware of. He says Lifford doesn’t help for those looking to plan for the future. “Breeding in particular has taken a hit, since the vote the sterling has taken a nosedive,” he admits.

Regarding his personal greyhound racing highlight of 2018, Peter mentions a dog his father owns, This One Time, winning a 42-dog stake in Dundalk in November.

“He’s a bit of an iron dog, he’s had over 65 races, he’s won six of his last 12 and second five times. He’s had the dog a long time, since he was nine months, and he’s over four and a half now, and he’s still putting up sub 28.80 runs. It was satisfying seeing him get up on the line,” Peter says.

He also believes that a change in breeding methods may mean dogs such as This One Time, among others. “A lot of dogs aren’t maturing now until they’re two and a half, before you would have had a dog reach his peak at two and a half at most. Now, dogs are maintaining their form well until four and maybe over. I saw a dog in Galway [recently], a January ’13, who’s won four of her last five. I don’t know if it’s the breeding or what it is.”

Peter says that there is a lot to look forward to in the Irish greyhound industry in 2019. “The hope is for breeding to pick up, the volume of dogs to increase,” he says of his home track in Lifford.

“In terms of my own position with Talking Dogs, I just hope to progress into 2019 and hopefully the readings will enjoy the articles I’m putting together,” he adds.