DAY 4: Noel Coote: Newhall Missile passed all expectations in the Derby & we can reflect on great memories

DAY 4: Noel Coote: Newhall Missile passed all expectations in the Derby & we can reflect on great memories

Newhall Missile’s journey throughout the 2018 BoyleSports Irish Greyhound Derby – culminating in a semi final appearance and winning the Consolation Derby to boot – is arguably Irish greyhound racing’s feel good story of the year.

The greyhound is co-owned by Noel Coote and Colin Barry. 24-year-old Colin suffers from spina bifida and has spent over 150 nights in University Hospital Limerick this year. He has always had an interest in greyhounds and his dad, Gerry, is lifelong friends with joint owner Noel Coote. Newhall Missile is trained by John Browne in Co. Clare. 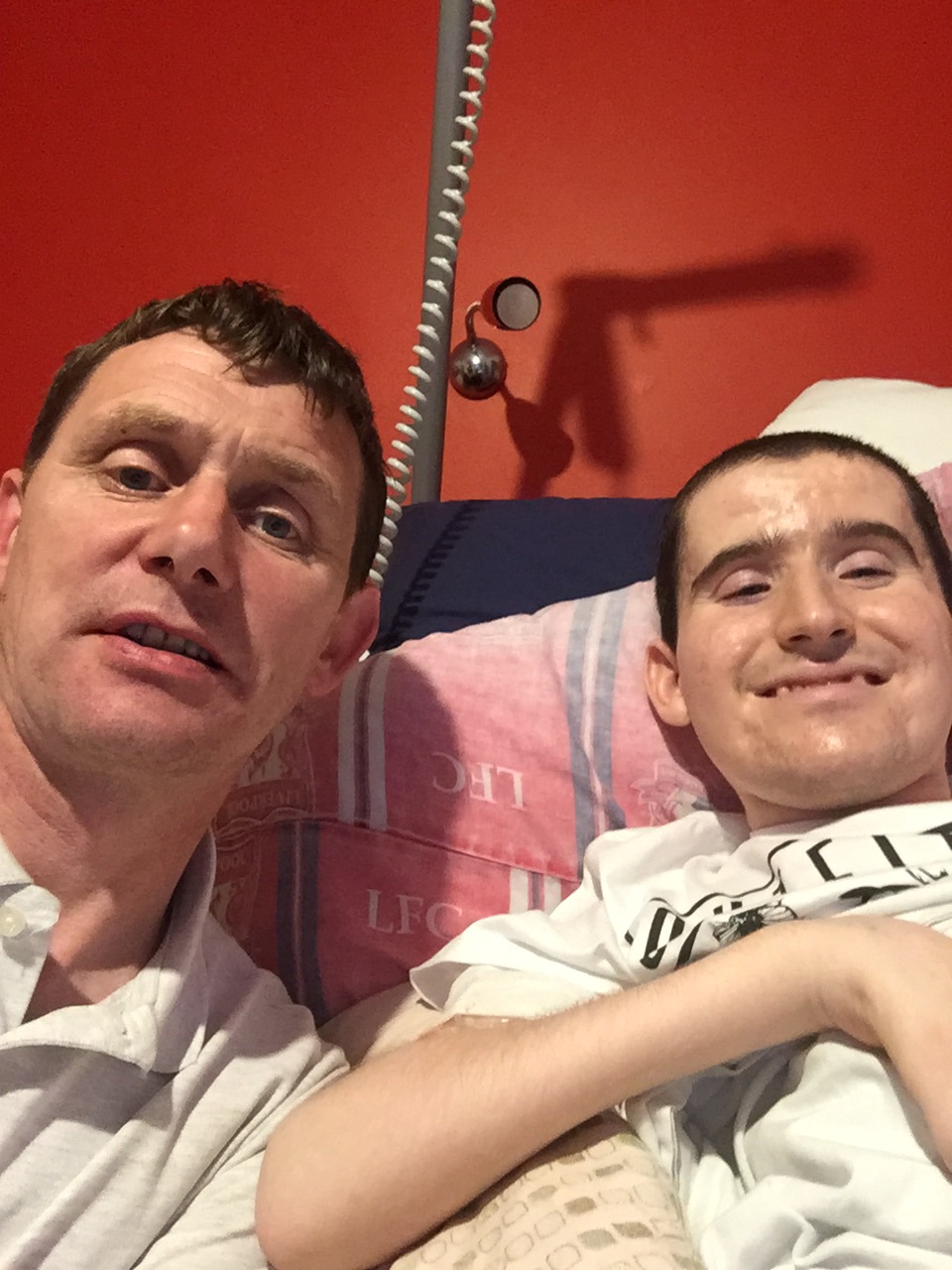 “We got a great thrill and a great run out of him in the Derby,” says Noel. “It was totally unexpected and he passed all our expectations. At the end of it we can sit back and reflect on a great time, a great run and great memories.”

The greyhound first took to the track in December 2017, notching up 2 wins in his first two races in Galway, in times of 19.45 and 19.37 over 350. After moving up to take on 525, he gained further victories in Limerick last Spring before his eventful summer began.

“During the summer the weather got a bit warmer, and John Browne was going to Dublin with another dog and he brought him. So he gave him some runs up there, and he did a couple of runs that would indicate that he was a bit better than what we thought he was early on in his career. When he gets the rail he doesn’t give it up that easy, he seems to be very track clever, he always holds his ground,” Noel says.

Noel joked at the time of entering Newhall Missile into the Derby that he would be happy just to get the entry fee back – and the greyhound more than delivered on that front!

“He did a good run up there in a 575 and people were saying to me ‘he’s entitled to a chance at a Derby’. The fact that Colin was involved made it a dream come true. The dog never looked back.”

Noel is also anxious to point out the quality of the training performance from John Browne.

“I was interviewed at the time and was making a joke about getting our money back for the entry and John gave out to me, saying the dog is better than that! He’s John’s only track dog in training at the moment, John is a better known as a coursing trainer. He gets average dogs and just makes them do things that nobody else could make them do.”

Indeed, Newhall Missile was only a half a length away from a Derby final. The time he clocked in his semi – 29.72 – would have been good enough to win the second semi final outright. The time he won the Consolation Derby in – 29.47 – would have placed him 3rd in the Derby final itself. 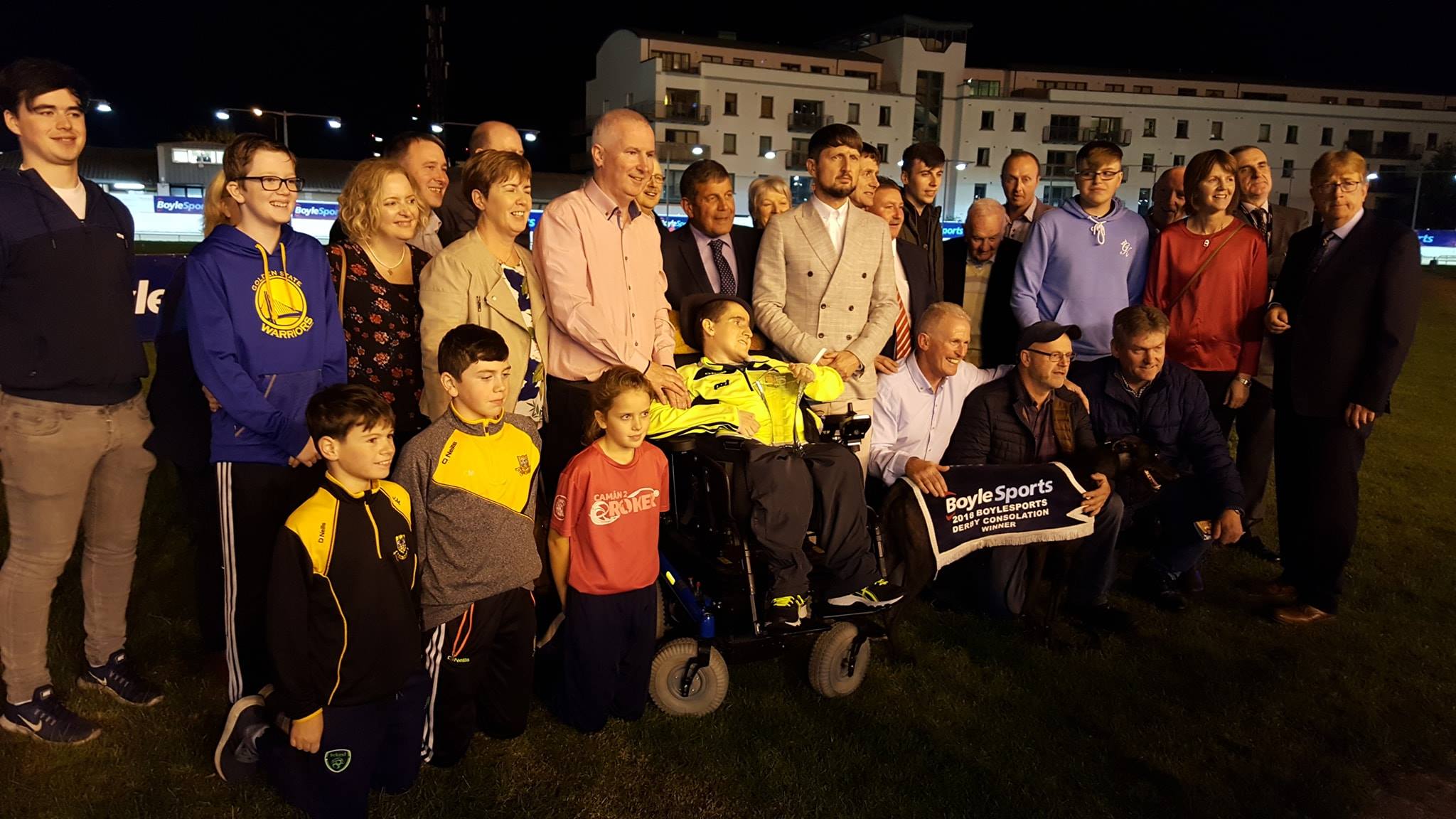 Newhall Missile took part in both the Irish St Leger and Night of Stars unsuccessfully, with Noel believing the dog was tired after his Derby exploits in September.

Regarding 2019, Noel says: “You probably won’t see the dog again until early March. We’ll start him again in Limerick and maybe head for Dublin to see if there’s anything around.”

“He’s stayed infection-free and I’m touching the table here now, touch wood. He’s a bit bored and he’s going to have to get another dog! We’ve a 10 month old pup at the moment, he’s at home in my house, we’re rearing him, he’ll be ready to go fairly soon after Christmas. So that’s the plan for next year,” Noel adds.

WATCH: Newhall Missile's victory in the Consolation Derby 2018 at Shelbourne Park can be rewatched here.