DAY 2 - Joe Sheahan: 2018 has been a phenomenal year for the UL Greyhound Racing Society

DAY 2 - Joe Sheahan: 2018 has been a phenomenal year for the UL Greyhound Racing Society

2018 has been a “phenomenal” year for the University of Limerick’s Greyhound Racing Society, according to its co-founder, Joe Sheahan.

The group, the first of its kind in an Irish third level institution, was formed in March 2017 by both Joe and Julianne O Keefe. Both Joe and Julianne were introduced by mutual friends as they shared a passion for greyhounds and set up the society afterwards. The group now has around 50 members to its name.

“I have a family background in horse racing, coming from a rural part of county Limerick. I set the society up because I felt it was important to bring like-minded people together over their love and passion for greyhounds. It’s steeped in Irish culture and years ago every family was involved in it in some shape or form. Even today, nearly everyone has someone involved, no matter how far out they are,” Joe says. 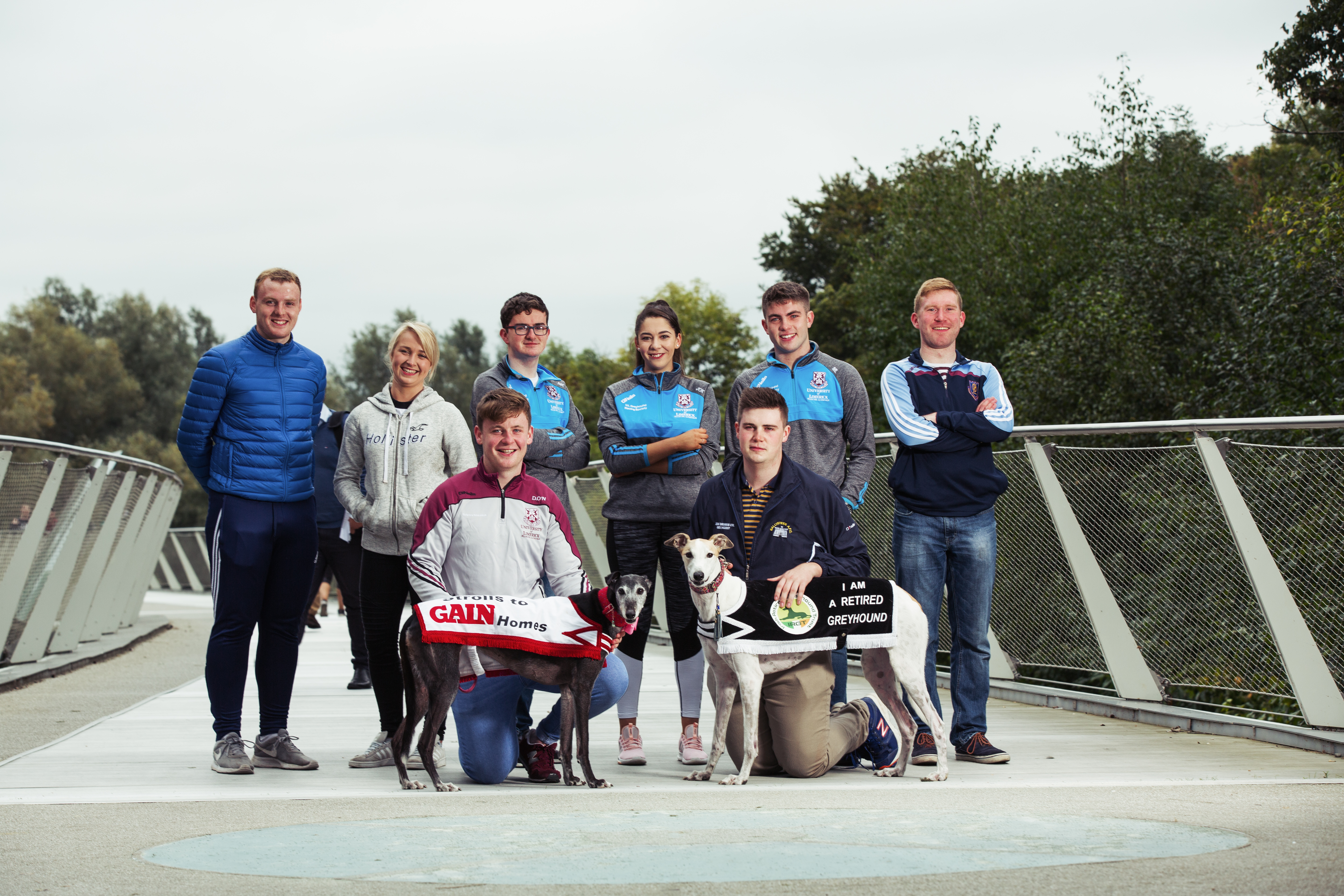 In order to give the society’s members an idea of what it is like to be directly involved with a greyhound, they purchased a year long lease for greyhound Trap Queen. During the year she notched up 3 wins at Limerick Greyhound Stadium, accumulating over €1,500 in prize money.

“I had a litter of pups, myself and John O Shaughnessy had the mother. I was willing to donate her to the society for a lease. We voted to go with local trainer, James Roche. He doesn’t have as many dogs now as years gone by, but he would’ve won some big competitions. She went from strength to strength. She won in 29.55 back in the spring time, then she improved her time to 29.28, and she won in 29.14 after that. We had plenty of good nights out with her. Her prize money is being spent on things like kennel visits and we’re organising retired greyhound walks around the campus as well.”

Indeed, the Society have been as involved with greyhounds off the track as they have with greyhounds still on it. They were the subject of one of ten videos in the 'Our People, Their Stories' series commissioned by the IGB in respect of the Irish Retired Greyhound Trust earlier this year. The campaign, launched by Minister for Agriculture, Food & The Marine, Michael Creed, was launched in Curraheen Park in November.

“We love working with the Irish Retired Greyhound Trust,” he says. “Perceptions are changing. They’re fantastic pets, lovely animals and are very loyal. When we became a society initially, we got into contact with Barry Coleman at the IGB. With the help of Mary Crotty and Patricia Tobin, they’ve been fantastic. We’ve ran 3 or 4 walks around campus. The first time we had 10 dogs in, with a big entourage walking around UL. The students couldn’t believe these greyhounds were walking around campus. We got great feedback and it was great to be able to change people’s perceptions.”

There are currently over 7,300 greyhound owners nationwide, according to a report published by economist Jim Power on the Irish greyhound industry last year. Joe now believes that the industry needs to get more syndicates on board in 2019.

“There was eight of us involved in our first [syndicate],” he says. “Take me out, the other seven had never been involved with greyhound racing before. Just like that, seven new owners were involved in the game, with a dog called Rastablasta. He won his first race in a time of 30.30 over 525 and the lads thought we had a Derby dog after winning the first night!”

“We need to improve syndication I think. The economy is coming back well and there are a lot of people who would invest in dogs with the right setup. If I had a Derby dog in the morning I would have more fun with 10 fellas in the syndicate rather than being on my own,” he suggests.

WATCH: The UL Greyhound Racing Society's video in the 'Our People, Their Stories' series can be viewed here.