The 2016 Boylesports Irish Greyhound Derby is as strong in depth as any in recent memory with runners who have already achieved superstar status, stalwarts of the Irish Open race scene in search of an elusive classic victory which will see their name forever immortalised in the record books, along with young pretenders ready to stake their claim as one of racing’s luminaries.

There is one runner in this year’s renewal however who will remain undaunted by his fellow rivals, whatever the reputation, as the N-J-G-P Syndicate’s Peregrine Falcon (Ace Hi Rumble/Minefield) has seen it all before, twice! Many syndicate’s begin with the purchase of a young pup and dreams that they may one day become a Derby contender but “the falcon’s” ownership took a different approach and purchased a proven classic challenger who had already contested the 2015 Irish Derby final. 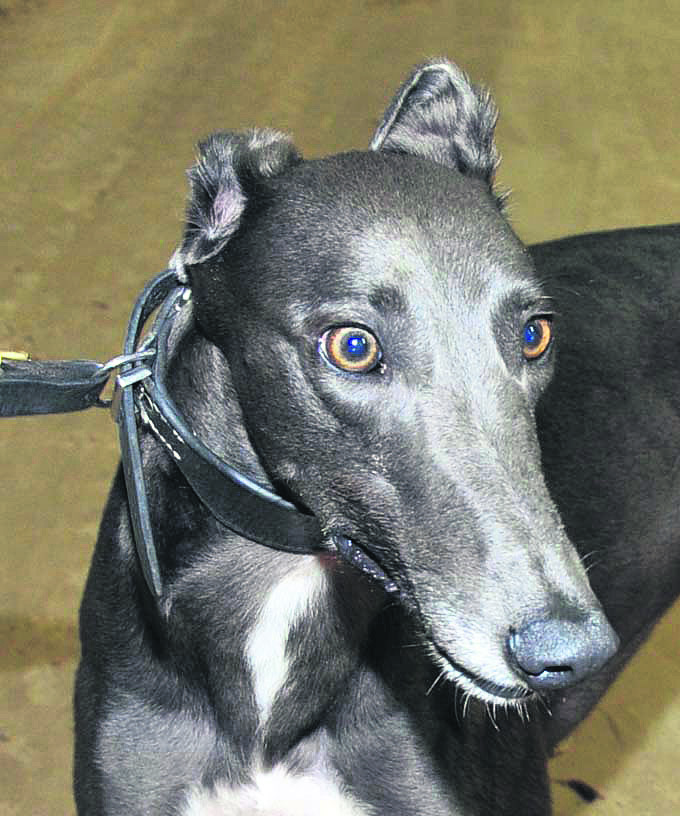 The syndicate comprises of four members with Pat Curtin at the helm for fellow owners, former Irish international footballer Niall Quinn, his good friend Jack Tierney and Galway native Gerry Hughes who took time out from a busy schedule to talk about their chances in this year’s event having seen Peregrine Falcon finish fourth to Ballintee Annie in his opening Heat 5 on Thursday last.

Back in Ireland for a few days to celebrate a “significant” birthday, Gerry reveals that this campaign may be a little tougher for the dual Derby finalist after a stunted preparation. “The Derby may have come a week or two too soon for him this time. He hasn’t got the work under him that you would have liked really but between us we decided to let him take his chance and all in all he struggled in the first round. The run would need to have brought him on a fair bit, but he did need that run, so hopefully it will.”

These sentiments were echoed by Noel Hehir who now trains Peregrine Falcon for his good friend Pat Curtin and confirmed that he had just a few gallops on top of a sprint trial ahead of round 1. However Peregrine Falcon is a battler and must not be discounted too soon. He thrilled audiences twelve months ago when winning his opening four heats of the 2015 Derby on his way to the final when only beaten by two and a quarter lengths to Ballymac Matt having suffered crowding at the first bend. 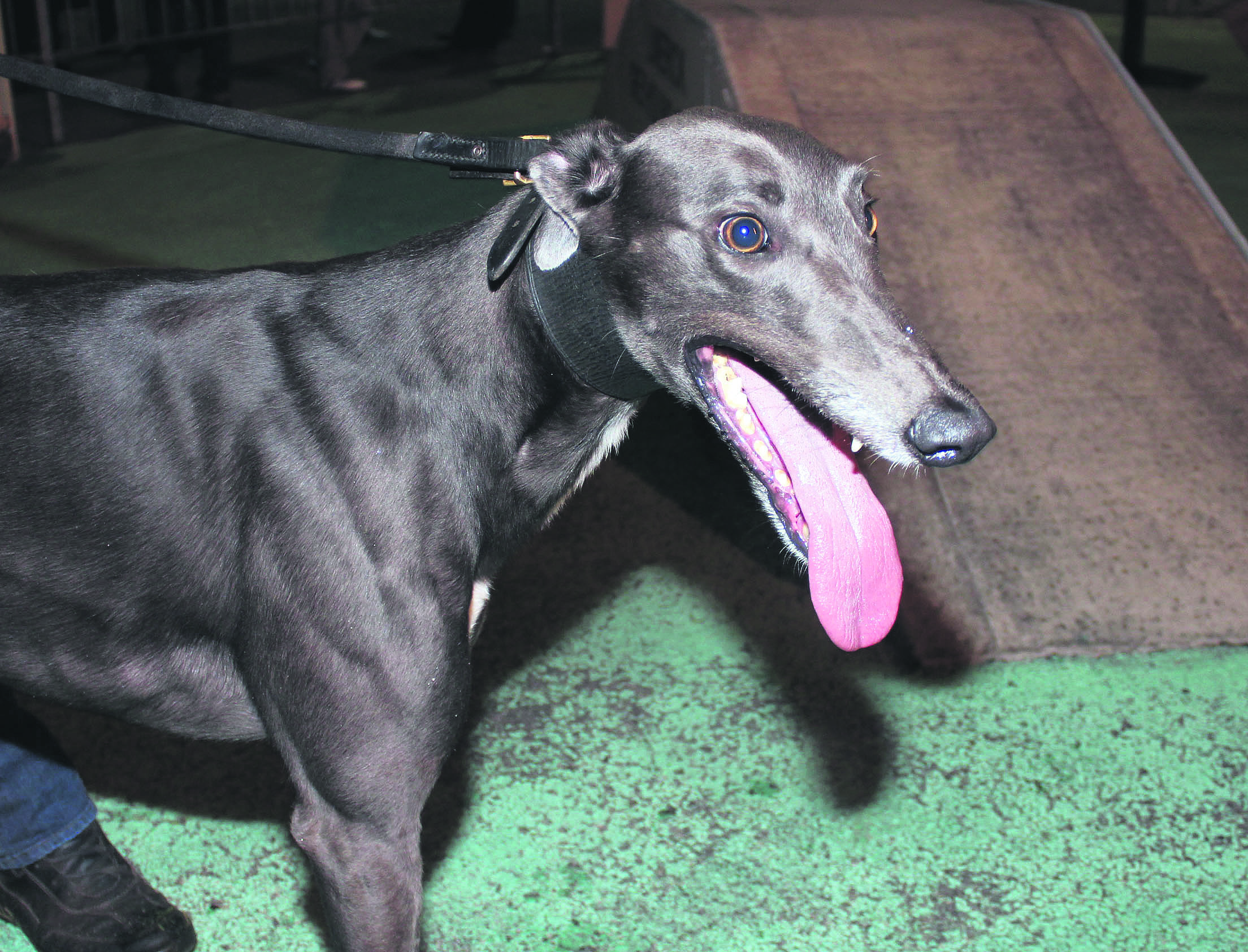 He then further enhanced his credentials as a top class competition racer when starting favourite for the Irish St Leger final at Limerick before again suffering significant baulking at the opening bend, putting paid to his classic aspirations once more. This early part of his career was under the ownership and care of Patrick O’Brien and his wife Ciara Bray whose mum had bred Peregrine Falcon and Gerry Hughes reveals that the N-J-G-P Syndicate had a wait before getting their hands on the future English Derby finalist.

“We actually tried to buy him a year before we did get him. Pat had his eye on him and we made approaches but connections were reluctant, which you can appreciate. But the chance came up again and we went for it, at least we’d have a dog to go to Wimbledon.”

Peregrine Falcon set about reaching a second Derby final when claiming victory in the first round at Wimbledon and proceeded to plot his passage to the final thereafter. He faced a battle for fitness following his quarter-final when Pat Curtin reported him very sore but to his credit, the teak tough classic racer found a way to qualify from a high quality semi-final. That final however would bring yet more final woe with more bumping and crowding plaguing his efforts for glory.

Despite defeat Battersea publican Gerry recalls that English Derby campaign as truly memorable. “The English Derby was an amazing buzz, nothing could have bettered that. Well, it could I suppose, he could have won it but still it was a brilliant experience to be there in the final. Everyone in the pub here got interested and you had so many of the lads coming over from Ireland to support us, we won’t ever forget that! Yeah he lost but sure we still celebrated. We had a right night back at the pub after the final, we all let our hair down. We had Niall spinning the old girls around the floor ‘n all, great craic. I know him for a good few years at this stage, through the coursing at first but we’ve had a few nights other than that too, you couldn’t meet a nicer fella!”

Gerry is proprietor of Flanagans Pub in Battersea, London and having experienced some of that support on site over the course of English Derby weekend, I can attest first hand to that buzz Gerry refers to. First sampling his exceptionally high quality Guinness on Friday, patrons were engrossed in Derby conversation at every turn, conducted by barmaid Zoe who was armed with all relevant information having attended a lively Derby lunch earlier in the week.

From Saturday morning through to late afternoon, the Irish contingent began to swell the numbers in Flanagans with many recognisable faces from both track and field in readiness for Peregrine Falcon’s Derby final assault. A warm environment amidst comfortable surroundings, with a most accommodating host, Flanagans Bar should be taken in on any future visits to London and definitely if going Greyhound Racing.
Peregrine Falcon will continue his bid to reach a third Derby final in the closing Heat 16 of round 2 this coming Saturday. Gerry admits that he has found a very tough draw with fellow English Derby finalist Droopys Roddick on his immediate outer and his Irish St Leger conqueror Skywalker Rory in trap 3. However as Gerry confirms, trap 1 will suit ideally if he can rekindle his old spark.

“Yeah look, it’s a very tough heat. He’ll have to improve from last week. On paper it looks as if third place is up for grabs by the rest of us and if he could defend the rails, he’d have a chance to qualify.”

We wish the N-J-G-P Syndicate the best of luck with Peregrine Falcon’s future career and more over, a safe passage throughout this Derby campaign. Few greyhounds ever get to contest one Derby final, let alone two and he will join a very small, elite group of racers should he find the form to negotiate his way to this year’s final. Even if not, his career, having already reached three classic finals must not go without huge praise in arguably the most competitive era in recent memory. Peregrine Falcon is a true classic racer, a battler and a wonderfully game competition greyhound, we’d all love to own on as good as him!