Clutching to hopes for a lucky 13 in Leger final

Clutching to hopes for a lucky 13 in Leger final

Winning is not everything! An over used excuse when attempting to offer praise for genuine sporting endeavour that ultimately fell short of victory. However, in the case of 2016 Kerry Agri-Business Irish St Leger finalist Leave At Dawn it quite accurately describes his achievements since first purchased by the Clutching At Straws Syndicate for he has delivered on his brief when bought to contest classic events and he will now bring his delighted owners to Limerick Greyhound Stadium for a final this coming Saturday, taking his pace in what was his ultimate target despite never winning a race for his new owners.

A January 2013 whelp, Leave At Dawn first raced at Limerick in the 2015 Con & Annie Kirby Memorial Puppy Stake when eliminated from the second round but despite not purchasing for almost eighteen months after, syndicate member Eoin Flynn of Tarbert in Co.Kerry explains that it was in that event that Leave At Dawn made an impression on his future owners.
Eoin says, “at that time we were going into Limerick to watch the Kirby and we were kind of on the look out for a track dog. Most of us would be involved in coursing but we like to have a track dog on the go, especially if they could be good enough to contest the big races.
“But at that time I was with Colin O’Connor and he never had a dog before. Sure it came up that we might think about buying one together and as things went on we recruited a few of the lads and there is seven of us involved in the syndicate, as well as trainer Brendan Matthews. He of course had the dog in the Kirby and we liked him even then but sure it was easy to like him, his brother Cable Bay went on to win it!”
Eoin and his brother Conor Flynn will be well known to coursing followers as their family are one of the most successful in that sphere during the modern era with two Oaks victories in the last three seasons at Clonmel, adding to their Champion Stakes success in 2013 with Hopes And Dreams. Factor in Derby success for the family of syndicate member Kevin Purtill and the exploits of coursing sage Brendan Matthews, every classic in that code has been claimed by members of the Clutching At Straws syndicate. 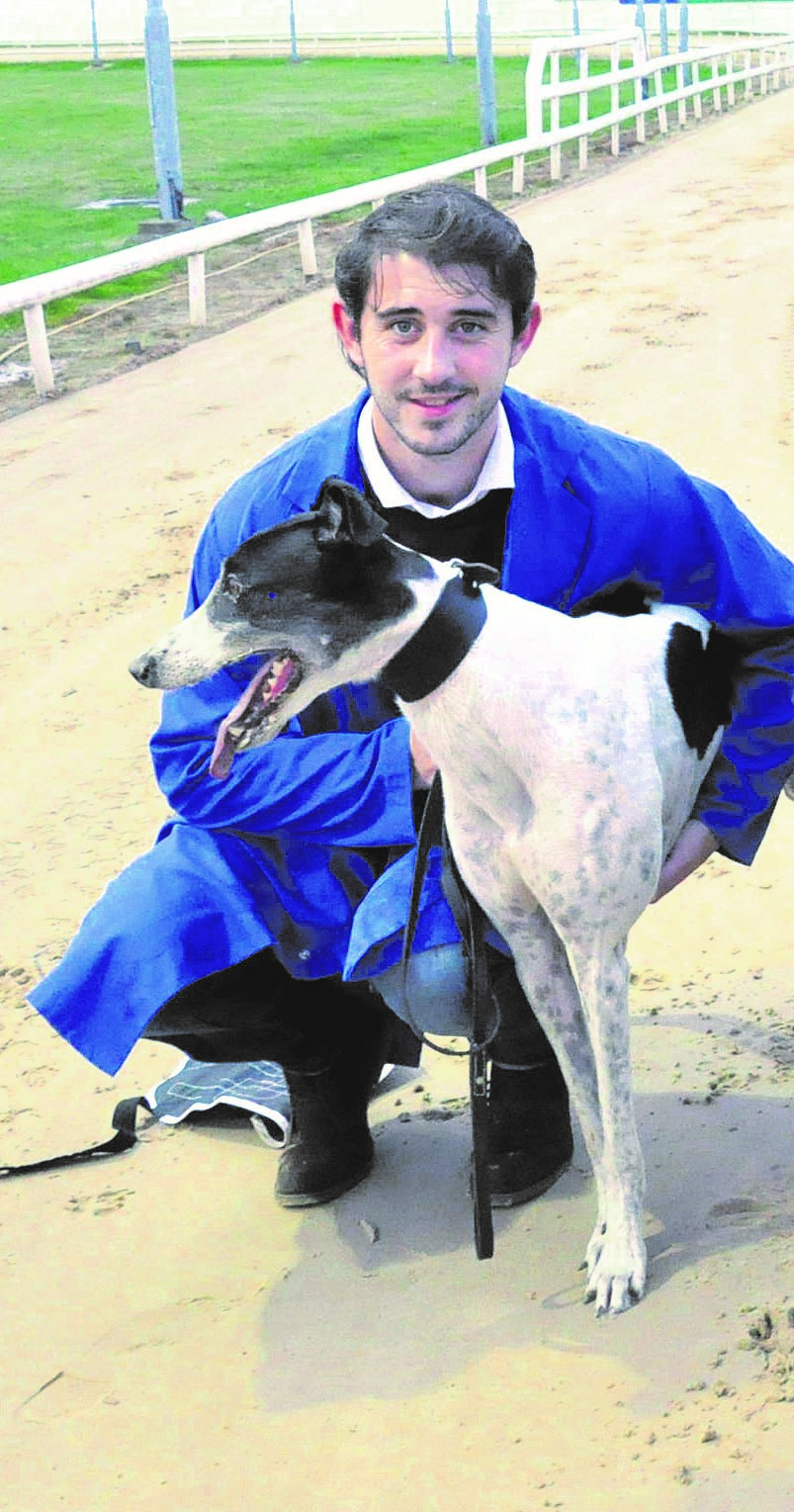 It could be conceived that the syndicate may take this appearance in the Irish St Leger final fully in their stride having tasted such success but Eoin concedes that excitement is high in North Kerry ahead of Saturday’s final. “Since we bought him actually, the whole syndicate has never been together when he ran. Sure we have Shane Enright playing senior football for Kerry all summer and Brendan so busy with the dogs, it’s hard to get everyone, every night. But we’ll all be there Saturday!
“It’s a classic and in fairness being from North Kerry, I’ve grown up hearing about the Leger all my life and there’s a few of the syndicate working in Limerick also. Whatever we’d be doing with coursing dogs, the Leger is always a massive big deal and this is where we wanted to be with this dog when we bought him. We wanted a dog that could run in the big races and he has mixed it with the best of them in the Laurels for us and sure it was only a photo-finish that knocked him out in the third round of the Derby, but the Leger was always the goal.
“It did take us a while to get our act together and buy him all the same after that first time seeing him in the Kirby and sure he was gone three years old when we bought him back in June. I had an inkling that there might be a chance to buy him and I sourced him for the syndicate, despite Conor’s claims that he did! That’s where the syndicate name comes from sure, they say you’re fairly clutching at straws when you’re buying a three year old dog!
“But at least at that stage we knew what we were buying and we had a dog to run in the classics. It was good timing too as some of the lads were involved in the syndicate for Parish Hero who just coming to the end of his career. They had great sport with him, trained by our main man back home Pat O’Connor and actually any other dog we bought would have been going to Pat but sure you’re not going taking a dog out of Brendan Matthews’s kennel!
“The syndicate’s are great and even though we were buying a high class dog, between seven of us it was affordable. We enjoy the nights out at the track, especially big occasions like this and sure with Shane training all summer with the footballers, the track then becomes his social life when he wouldn’t be going out otherwise.”
Under his new ownership, Leave At Dawn has contested twelve races and has yet to add to his tally of eight wins! A consistent strong runner however, he has shown the ability to qualify from precarious positions and is essentially exactly what he was bought for, an ideal competition dog.
With a touch of laughter Eoin addresses this point while exclaiming, “yeah ok but this could be lucky number 13! And Michael Keenan who has been handling him at Limerick all through the competition told me last week that Brendan is coming down for the final this week to work his magic, so we have that in our favour too!”
That Brendan Matthews factor must be given the greatest of respect ahead of Saturday’s race for his record in finals, especially on the Dock Road, speaks volumes for his ability to have his challengers peaking on the big occasion. Claiming back to back Con & Annie Kirby victories with Boylesports Hero and Cable Bay, would it be the biggest shock of all time if Leave At Dawn gave his owners a first victory on the biggest stage?!
Eoin retains that hope and admits that is not beyond the realms of possibility, especially after a very pleasing final draw. “Well in fairness we couldn’t have wished for a better draw. We are the only seeded runner and Trap 6 is ideal really. You don’t want to wish any of the runners bad luck but when you look at it, Jaytee Dutch inside him could move towards the rails and make things tight in there with our fellow racing up on the outside on his own, you never know!
“There is a fast break in him too and if you look back to the Scottish Derby semi-final, before we bought him, he bombed away there and won. So if it was a thing he could do that again, he would definitely have a chance and he does run the bends better at Limerick than anywhere else he ran.
“Of course Priceless Brandy is the dog to beat. That was some run last week and sure if he does it again, fair play to him, he’s a super dog. But he’ll have to break well too and sure all the rest of will be hoping he doesn’t do it again. Having said that, you have to worry about them all and we’ll be delighted for whoever wins it. We’re sporting people ourselves, we’re happy to be there with a chance and we’ll take whatever Saturday brings.”
The full list of syndicate members are Brendan Matthews, Eoin and Connor Flynn, Kevin Purtill, Colin O’Connor, John Kelleher and Kerry Senior Footballer, All Ireland and All Star winning corner back Shane Enright. We wish them and Leave At Dawn the very best of luck in the final of the Kerry Agri-Business Irish St Leger. Here’s hoping for lucky 13!