It’s been a wonderful journey from Ennis to Germany

First profiled for these pages in March of 2016, the Halfway Bar Syndicate in Ennis were at that time enjoying the hugely competitive career start of their Trembling Bean. Increasingly endearing himself to faithful owners throughout his racing campaign, the affectionately nicknamed “Beanie” is now however happily enjoying retirement with adoring owners as lord of a new manor, in Germany!

A smart performer up to A2 grade while racing at both Limerick and Galway, Trembling Bean built on his promising career start beyond our initial conversation with the Halfway Bar Syndicate and in a twenty-one race career he scored nine victories while only finishing outside the first three places on two occasions!

Clearly such an honest racer who gave all for his owners in every race outing was adored by his passionate group of owners and when sustaining a significant muscle injury in October of 2016, the decision was taken to retire him as a racing greyhound for a new life as a pet.

Employing the services of Brigid Frank in Loughrea who has been a tireless ambassador for greyhounds as pets while working with the Irish Retired Greyhound Trust in her many re-homing endeavours, Trembling Bean emigrated to Germany once his injury had healed sufficiently.

John Keane; “Yes he he badly injured a gracilis muscle and that would have taken a long time to heal if you were thinking of bringing him back to the track. But he had been such a genuine runner that we didn’t want to take the risk that he could do something similar again.

“He was always going to be re-homed anyway so it was just a case that it came sooner in his career than later. Our trainer Tom Flanagan healed the muscle and gave him plenty of time to recover before getting in touch with Brigid Frank and she arranged everything from there.”

New owners Herta & Wolfgang Philipp then got in touch with a hand written letter to John last summer to report on Beanies progress and some extracts from that correspondence read;

“Since February, we are the proud owners of Beanie and we want to let you know that he is a proud member of our family. He lives in the house with his new friends, an Irish Wolfhound and a Spanish Galgo, and they are great together.

“Beanie is such a lovable dog, loves his long walks, good food, soft bed and many cuddles every day. We are very happy to own such a wonderful dog and want to thank you for giving us the opportunity of re-homing him.”

With constant contact between Beanie’s two sets of owners in the interim, John adds; “We’re in touch all the time now. I get emails with photos and he gallops with the Irish Wolfhound. You’d want to see it, he’s like a Jack Russel running beside him!”

On inquiry as to their next venture with a track runner, John jokingly declares that there will be a meeting of the committee in the near future but that we can expect to see a new representative of the Halfway Bar Syndicate on the track sooner rather than later.

The story of Trembling Bean has been a pleasure to chart from his early racing career. His retirement days are now set to be almost as happy for this endearing greyhound as those he relished on the track as he becomes yet another retired racing greyhound to find a new home amidst a sustained and ever increasing drive to re-home this most suitable of household pets.

We again wish the Halfway Bar Syndicate the very best of luck with their future endeavours in racing while eagerly awaiting their next runner. That greyhound will have a tough task to follow in the paw-prints of Beanie but is assured of equal adoration from a wonderful group of owners.

Keeping friends together in support of a young and highly promising tracker, the Halfway Bar Syndicate are enjoying the successful career start of Trembling Bean (Romeo Recruit/Beanfield Parke) having seen the May 2014 dog register his fourth victory from just six career starts when leading throughout his latest A3 525 yard contest at Limerick Greyhound Stadium.

However, celebrations in the wonderfully welcoming confines of the Ennis public house of the same name have been untypically muted from the highly sociable supporting entourage of late as John Keane declares that all four members are, on the dry for lent!

John; “Ha yeah, the takings are down in the Halfway since shrove Tuesday alright. We haven’t been celebrating the last couple of wins like we usually would but sure we’ll break out and make up for it on Paddy’s Day!”

The syndicate consists of four members. John Keane, proprietor of the Halfway Bar Frank White, Paul Keating and Jim McHenry who all hail from Ennis. Declares John, “sure if I stood out on my own front lawn I could drop a handy wedge over to Jim’s house and if I took out the driver I could land it at the Halfway, passing Paul Keating’s house on it’s way, we’re that close!

“The syndicate has been going for a good few years now and started with a few trackers after I dragged Frankie in for his first time in the greyhounds. Tony Fahy had a dog for us that time who won a few races, as did Tom Flanagan who is training Trembling Bean now. There was a few coursing dogs in that time also but we returned to Tom Flanagan in Ennistymon to buy this fellow.

“He was about 17 months old when we bought him and fair play to Tom he gave us a choice even at that age. Sure between four of us, you have the costs spread and it’s very affordable really. He was going nowhere else anyway so Tom is training him and he’s nice dog. He’s plenty young enough yet too, he won’t be two until May, so he’s going well. In fairness to him, he hasn’t run a bad race yet. He has great early pace and it’s getting him away from any trouble so far thankfully.”

Trembling Bean began his career at Galway in the 12-runner WGOBA S4 350 Yard Stake when scoring final victory by seven lengths in 19.42(-15) last December. A first defeat followed in the same grade next time but undeterred, connections took the opportunity to race in A4 grade when switching to Limerick for his step up to 525 yards and he duly obliged for a smart 29.27 success. There was no disgrace when subsequently defeated by current Con & Annie Kirby hopeful Cons Rex before a highly impressive display on Friday last when accounting for A3 rivals in a very smart 28.88(+20).

“Ah he ran well the last night, it’s great to see him improving that little bit all the time and sure I suppose we have to be grateful for the fast rating on Friday, it keeps him out of A1 grade for now at least. We’re delighted with him, especially for Tom after breeding him and the rest of the litter look very promising for him too.

“Of all of us though it’s great for Jimmy because this is his second time in a syndicate and he had no luck with the first one. It’s a grand change to have four wins got already with this fellow and even the few boys Jim was involved with the last time, now want to know when he’s running again so they can book a night at the track.

“But sure that’s what you get when you have a syndicate, you’ll always have lots of people going along for the night out and always a bit of craic as a result. Ourselves, we’d be going quite a lot anyway and you could find the Keating’s inside at Limerick any night. Paul’s son Tom Keating is only in his late teens, a regular at the track and he’s breeding litters and selling pups, sure it’s great to see.

“Myself I’ve been in greyhound ownership going back to the 60’s but me and Frankie got involved about ten years ago and apart from the racing side of it at all, it has been good for the pub. It has always been a great house but now you go in, you wouldn’t know what doggy man you’d meet next and it has become a regular spot for many after the big greyhound events, sure he’s not a bad auld host either!”

Trembling Bean is likely to re-appear at Limerick in the very near future when attempting to continue his impressive career start but win or lose, he has already been successful in extending the syndicate ownership of four wonderfully personable members who participate in our sport in the friendliest manner. Their promising young tracker looks set to spark many celebrations at the Halfway Bar, when lent is over of course, and an opportunity to join them at the Ennis venue should not be passed up! 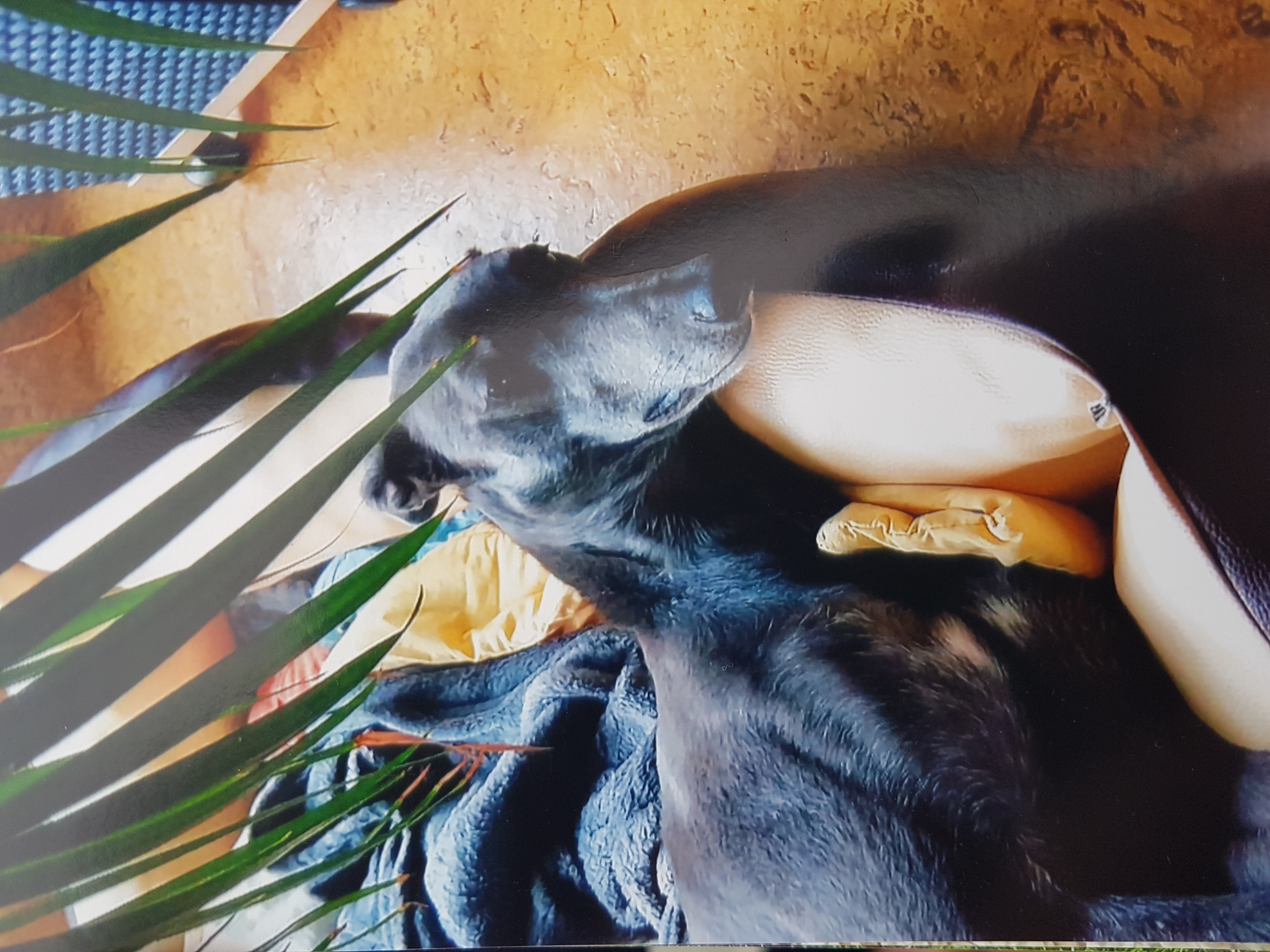 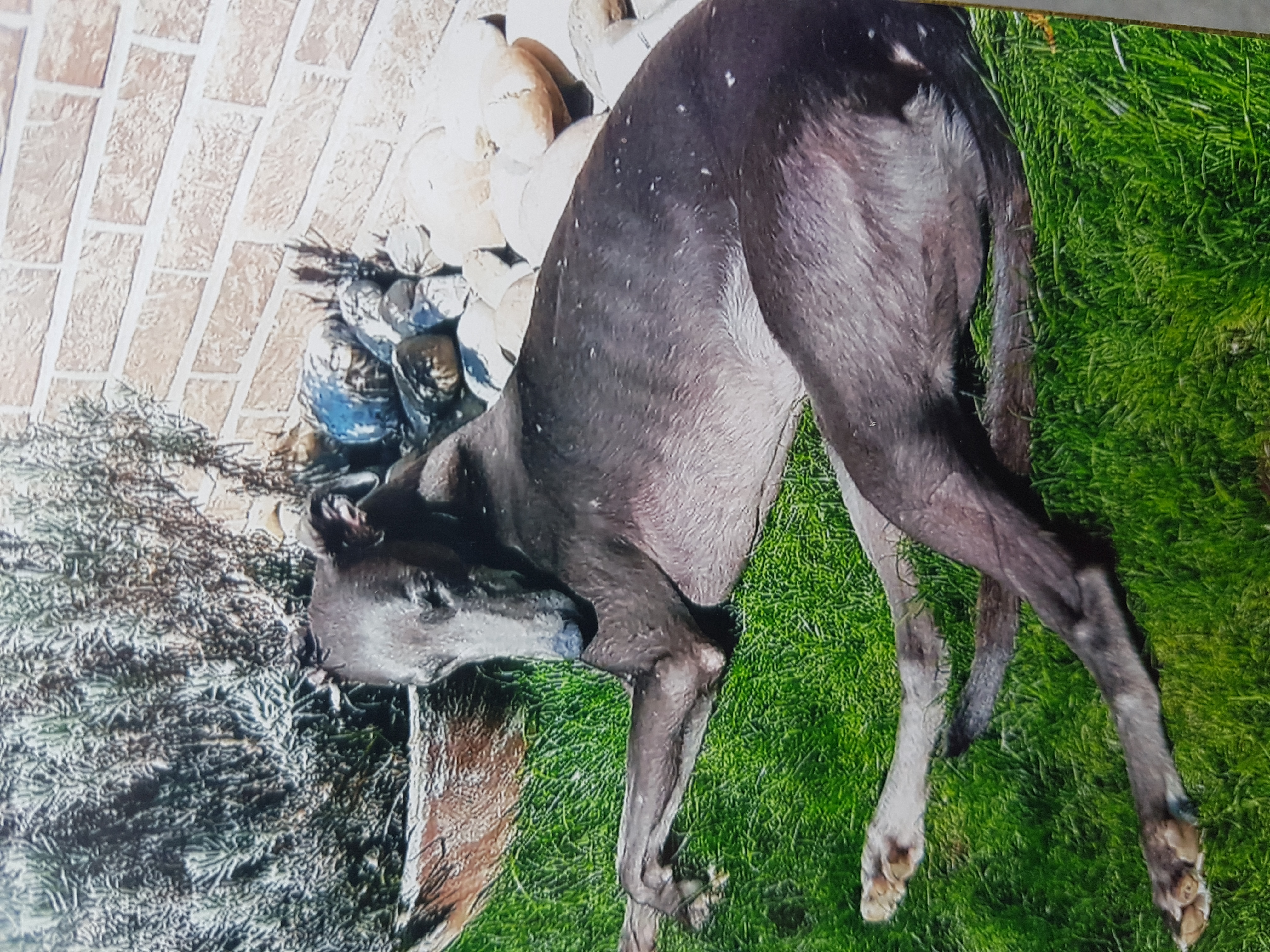