It wasn’t too long ago that Canada Goose set new figures at Derry for the 525-yards and there was another record-breaking display on Monday night as Sniper Ria broke the clock for the sprint distance.

Owned by Kevin O’Kane, Sniper Ria made the headlines very early in her career as she secured back-to-back victories over the two-bend trip and it was clear, even at that early stage, that the daughter of Ela Ela Genie and Glenbowen Jewel possessed plenty of gears. A number of smart performances were to follow from Sniper Ria thereafter and since her return from a three-month exodus in recent weeks, she has shown massive speed in each of her starts.

Heading into the final race at Derry on Monday, Sniper Ria was fresh off a brilliant display at Dundalk where she posted an electric 7.10 sectional and she was to make no mistake on route to an eighth career win. Rocketing from trap three, Sniper Ria quickly put the contest to bed as she powered into the opening corner in full control. From there, it resulted in a runaway victory for the classy blue as she drew clear of her rivals to cross the line over ten lengths clear of Blackstone Chris in second.

The previous track record was held by Cromac Willow who posted 16.45 in September of 2020, however, Sniper Ria was to go three parts of a lengths faster as she clocked an exceptional 16.40 on the night. A brilliant run from Kevin O’Kane’s bitch and given she is well into her fourth year, it is also an excellent training feat from her connections. 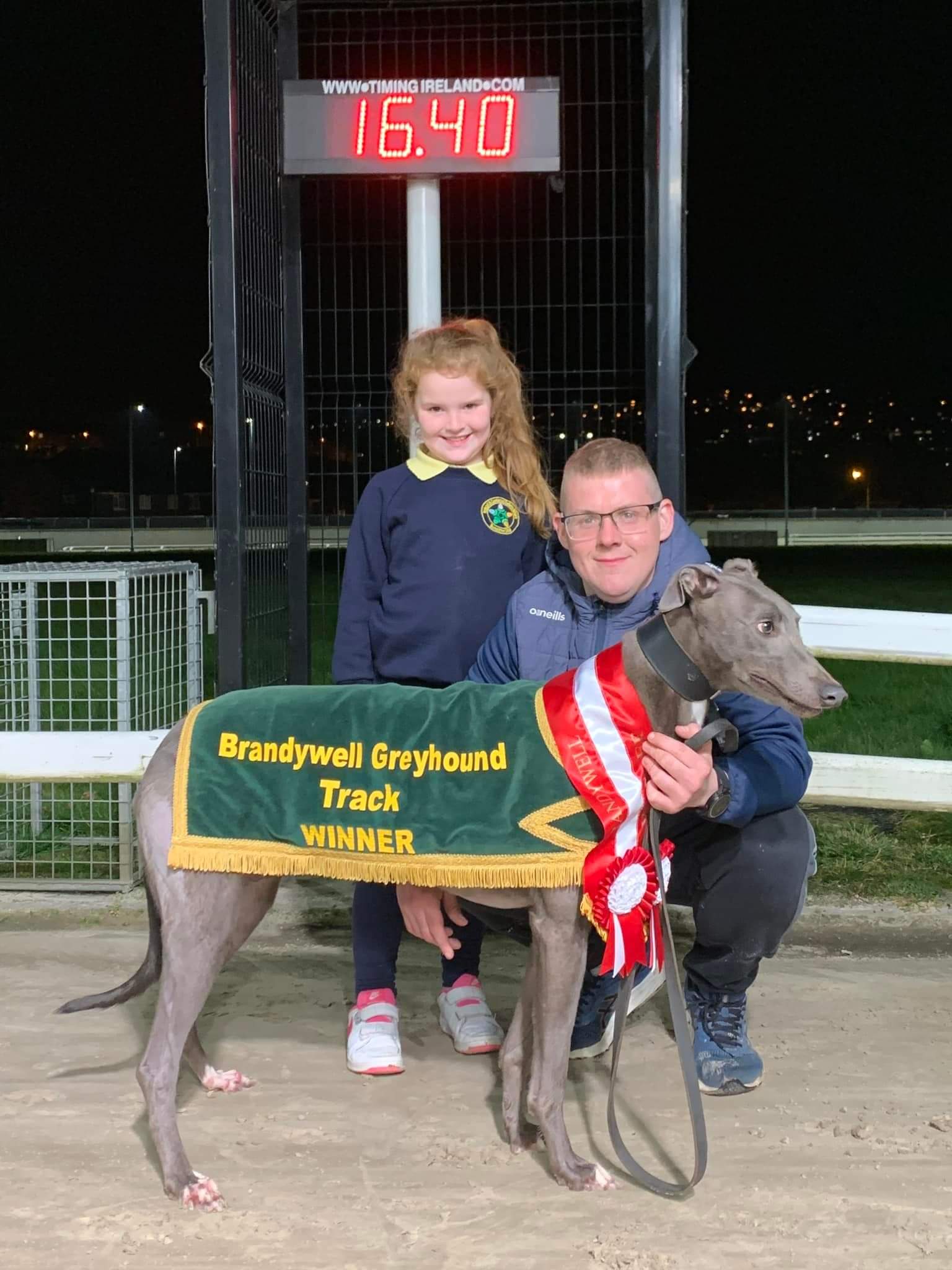