Those who follow the social media scene and in particular the Limerick Greyhound Stadium Facebook page would have seen that the track welcomed a very special guest, DJ Grimes, last Saturday night.

DJ is an amazing young man who started a page called ‘DJ's Bucket List’ to help him to achieve his list of things to do before his sight deteriorates. One of the items on his list was to enjoy a night of greyhound racing and he did so in style. DJ was joined by over 20 friends and family as he worked behind the scenes at the stadium where he carried out duties such as, helping to weigh-in greyhounds, commentate on a race, lead the parade, and make the presentation for the race named in his honour.

DJ is a great-grandson of Rory Ryan who was a well-known personality in greyhound circles and many thanks are extended to everyone who made this night possible for DJ. 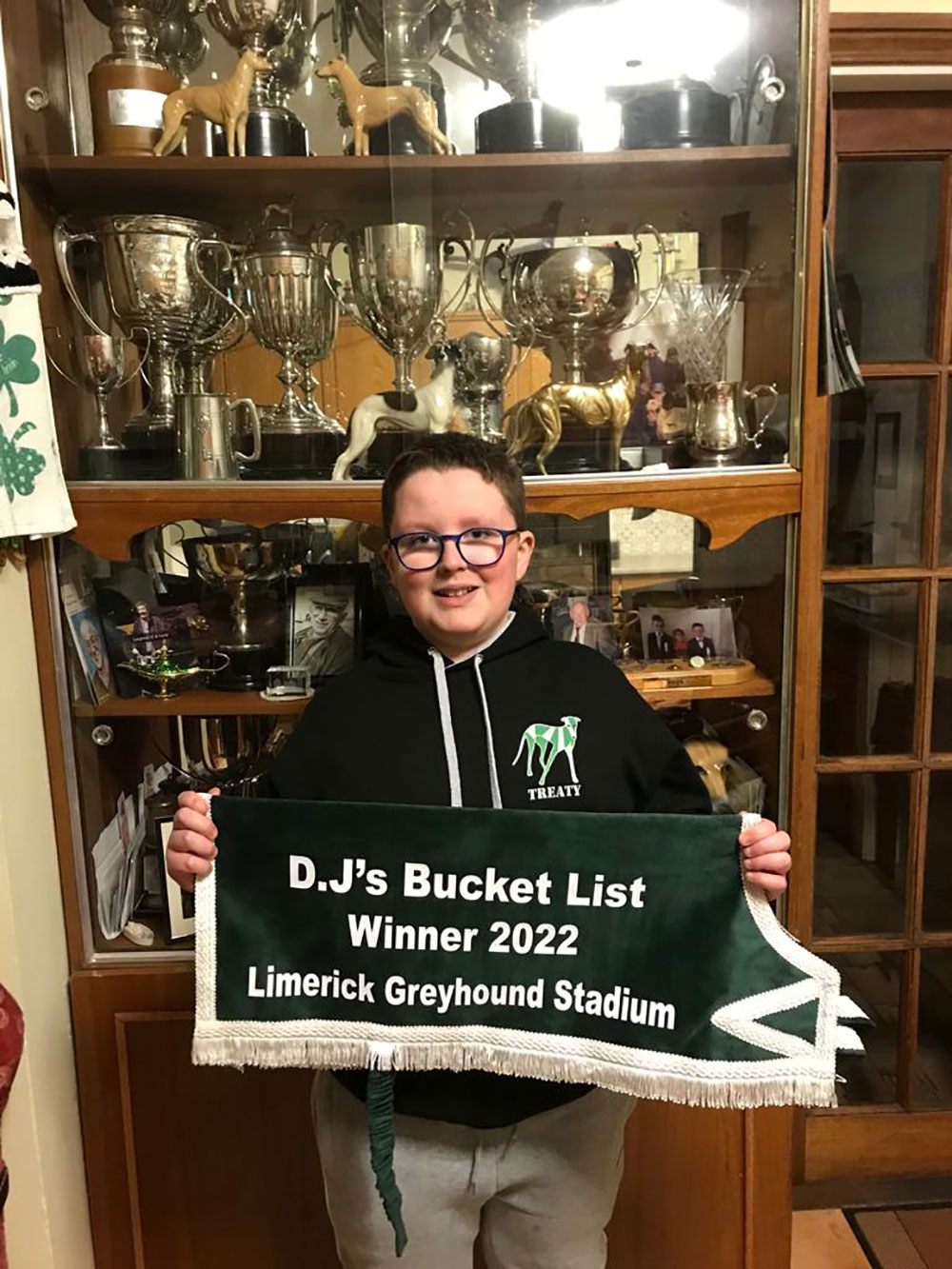 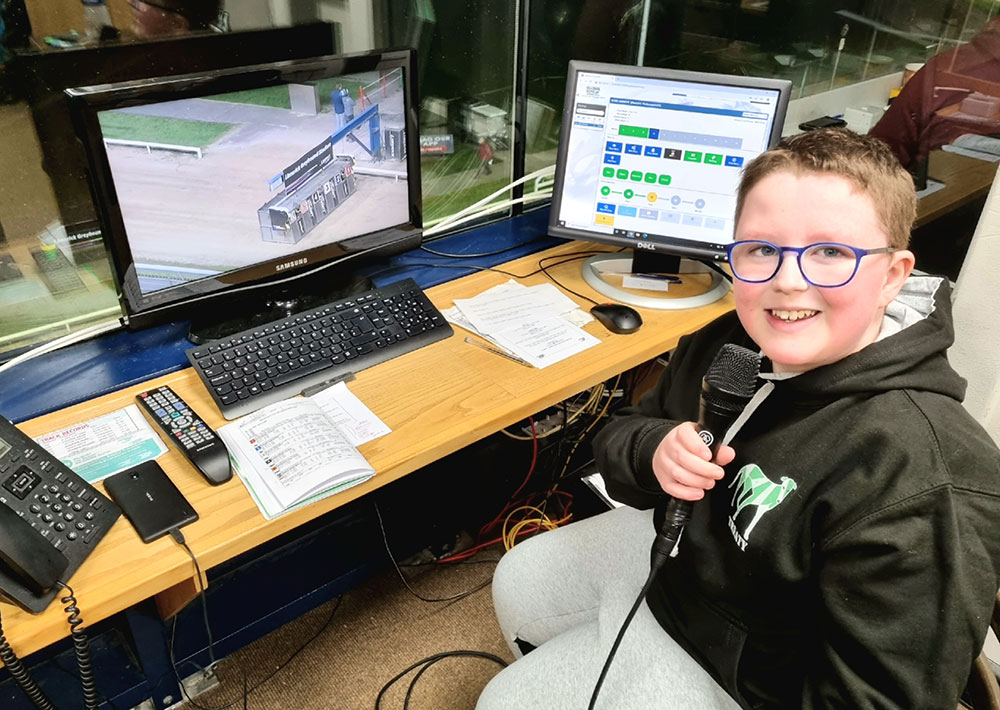 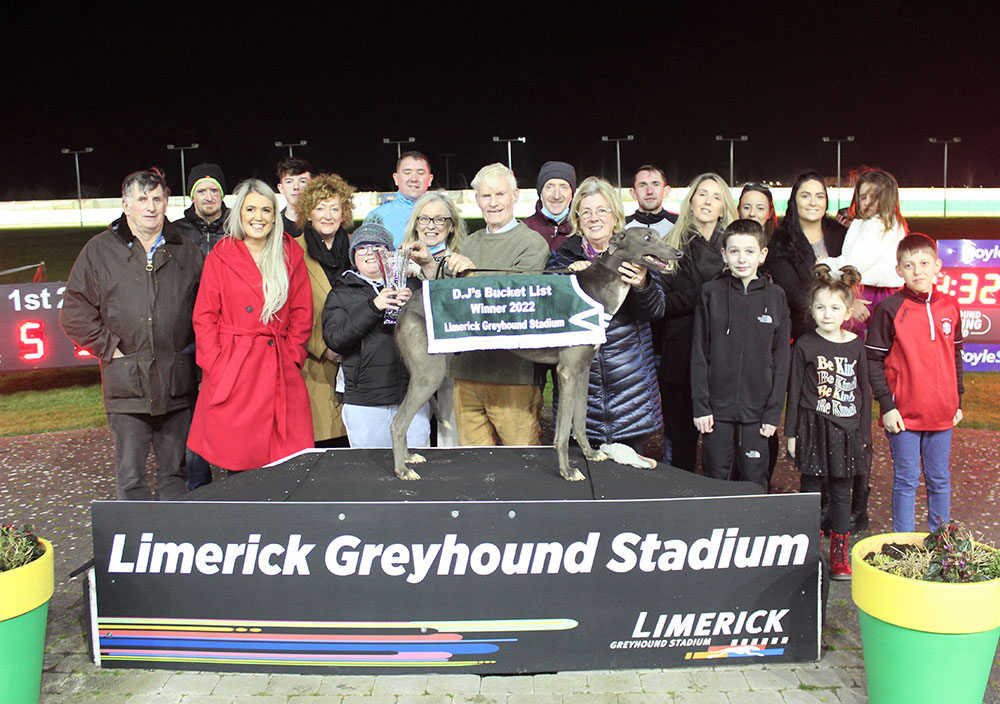