Finalist at the Event Industry Awards in the Following two categories 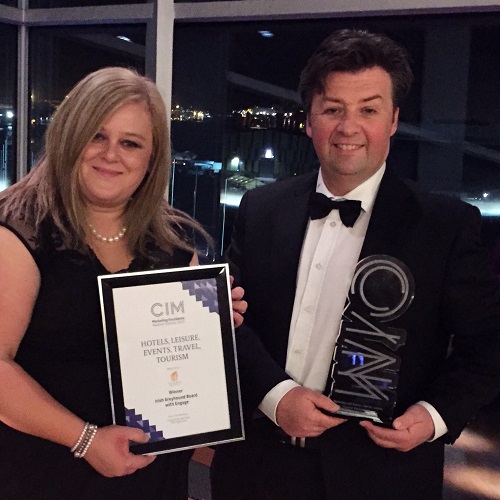 The IGB beat off stiff competition in the Hotels, Leisure, Events, Travel and Tourism Category, which also shortlisted the work of Derry and Strabane District Council, Lough Neagh Partnership and ASG / Belfast Bikes. Orla Strumble, Head of Marketing, and Colin Walsh, Director of Commercial Operations, collected the award on behalf of the IGB.

The IGB’s Summer Campaign targeted people looking to enjoy long summer nights and families looking for activities to entertain children; and focused on two key messages ‘Summer Nights at the Dogs are full of fun’ and ‘Bring the Pups to the Dogs’. Working with Engage, the summer campaign ran from the end of May through to 31st August, across website, paid search and banner advertising, social media optimisation, Facebook advertising, email marketing and partner promotions. 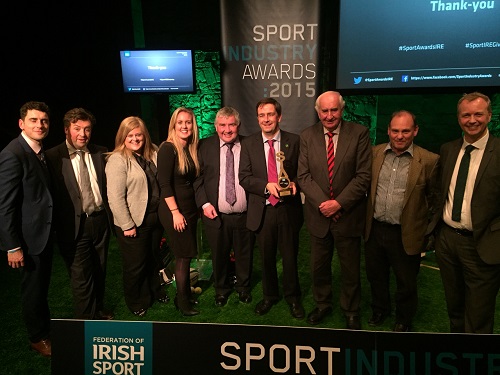 Curraheen Park, Shelbourne Park and Limerick Greyhound Stadiums were part of the winning team who were awarded the top gong in the Best Innovation in Sport category at the inaugural Sports Industry Awards on November 5th.

The 'Jumping in the City' series saw top level National show jumping taking place in greyhound stadia in three of Ireland major cities during the summer of 2015 with the emphasis of the series on creating an evening of entertainment designed to attract a new audience for Show Jumping and Equestrian Sport.

The Sport Industry Awards are intended to recognise and reward excellence in the business of sport whilst highlighting the contribution of sport to Ireland Inc.

An experienced and knowledgeable judging panel drawn from the sport and business communities had the unenviable task of determining the winners which were announced last night at Smock Alley Theatre, Dublin and the event was MC’d by Matt Cooper of The Last Word on Today FM

Another Shortlist! Finalists for the Mobile Marketing Awards! 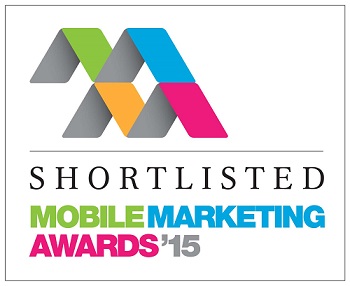 Sponsorship Awards – the IGB were nominated for 3 awards as follows

Barking Buzz was a runner up in the Dani Awards in the Mobile Award Section in 2014.