This article was originally published in July 2020 on Balls.ie

Margaret Bolton is a 24 year old greyhound trainer from Co. Offaly, and like Deirdre Barry and Eimear O'Dwyer, one of a number of outstanding young female trainers in Irish greyhound racing.

In just her second year of training, Margaret finished off 2019 with 130 wins to her name, the second highest number of wins that year.

“I gave it a good go and I’m after flourishing,” she said. “The owners have been good to me. I’ve climbed the ladder quite quickly.”

But in the greyhound training business, there’s little opportunity to celebrate.

“It was just back to business in the new year," she said. "I didn’t even get Christmas Day off. The dogs are the first priority and they have to be looked after first. You can celebrate with them!”

Margaret is currently looking after the training of between 25 and 30 race dogs and a dozen unraced pups that are “ready to go”. 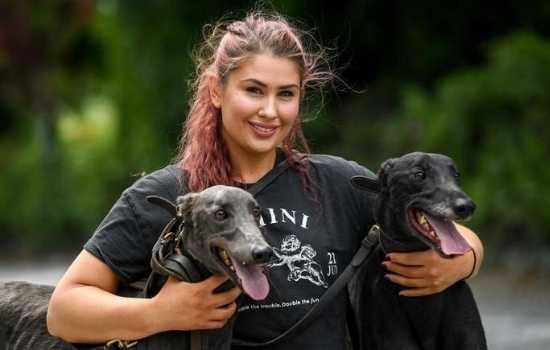 “They would have had a lot of galloping over the lockdown,” she said. “We had the time to do it so they’re ready to get their handslips and get their schooling on the track.”

Margaret’s day typically consists of a 7am start, when she lets the dogs out. The dogs are walked, regardless of weather conditions. Then some dogs have scheduled gallops, depending on which dogs are racing that week. Then it’s breakfast time.

“It literally consists of a five-star breakfast!” she said. “They get porridge, brown bread, bananas, yoghurt, sardines and cod liver oil mixed up with milk. Dinner is a big pot of vegetables and beef and fish, stuff with 28 percent protein.

The dogs get another walk in between breakfast and dinner. In the evening, they get some time to relax and perhaps another “leisurely walk”. 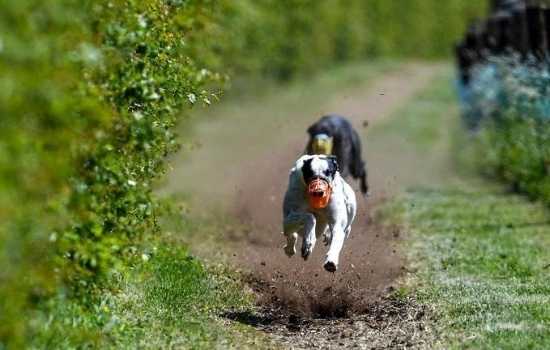 With early starts and long days, Margaret struggles to find time to herself. The recent lockdown gave her a bit of downtime.

“I suppose everyone has had a bit of time off during the lockdown,” she said. “We’ve had no racing so I’ve had the nights to myself. When I’m back racing I’d be at it 7 days a week. If I can squeeze in an afternoon to myself that’d be my holiday for the week!”

Margaret sometimes finds it difficult when she sees other young people with more freedom to socialise and go abroad.

“It is hard because everyone gets to go on nice holidays every year and I’m stuck in Ireland,” she said. “It gets a little hard when you’re watching your friends, who are the same age as you, going out. They’re able to sleep on even. Something as small as that would annoy me sometimes. At the same time, I’ve gotten a lot done in the last few years so I’m happy out with that. The dogs make me happy.”

Margaret says it can be a little bit intimidating being a young woman in such a male-dominated industry like greyhound racing.

“You could be walking into a stadium or weigh room full of men and you could be the only woman in there,” she said. “But you have to walk in with your head held high and let your dogs do the talking. We work hard during the week and when it comes to race day my dogs do the best they can.”

The Covid-19 pandemic has taken a chunk out of Margaret’s season but she remains hopeful that she can get back into the swing of things in no time.

“It’s still early days,” she said. “Especially for the youngsters I have there because they should have had a few races under their belt heading into the bigger races. I’ve given them a couple trials already and I’m easing them in with a few sprints before racing.”

“The racing schedule has been moved around to accommodate everyone,” she said. “You still have to take it day by day and see how the dogs react to the trials and races. We’ll see how it goes.”

Video: A Visit to Margaret Bolton in May 2019