Newbridge Greyhound Stadium is celebrating 70 years of Greyhound Racing in the town in 2018. 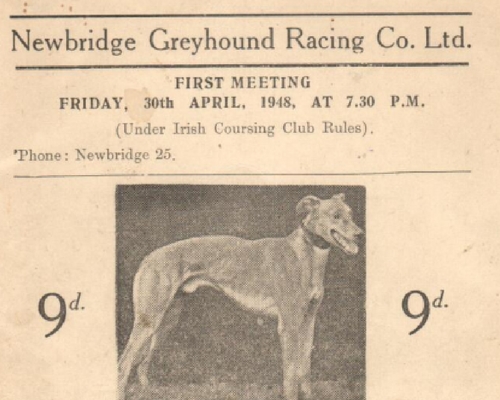 On Friday 4th May 2018 we celebrated 70 years of Greyhound Racing in Newbridge. 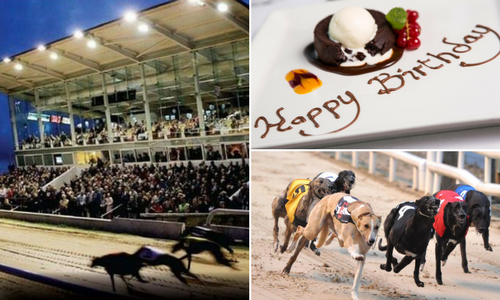 History of Greyhound Racing in Newbridge

Kildare had a strong link with Greyhound Racing with many people using the Curragh as ideal ground for galloping their greyhounds. The opening of Dublin's Shelbourne Park was welcomed and Kildare owners quickly made their mark there with Jack Moylan's Guideless Joe winning the Irish Greyhound Derby in 1932.

Patrick J. Cox was Chairman and Managing Director of the Company and Peter Wilkinson was the Company's Solicitor. There were also several shareholders.

They reached an agreement in 1948 that Greyhound Racing could be carried out at St. Conleths Park, then in use as a GAA pitch. Work was speedily carried out with a view to carrying out trials towards the end of March.

The first Greyhound Racing meeting was held in St. Conleths Park on Friday 30th April 1948. Admission including entertainment tax was three shillings, with the race card priced at nine old pence. The first of 7 races started at 7.30pm, with racing under lights not commencing until 1949.

The honour of winning the first race went to Helenium, owned by the Armstrong family from Roseberry. 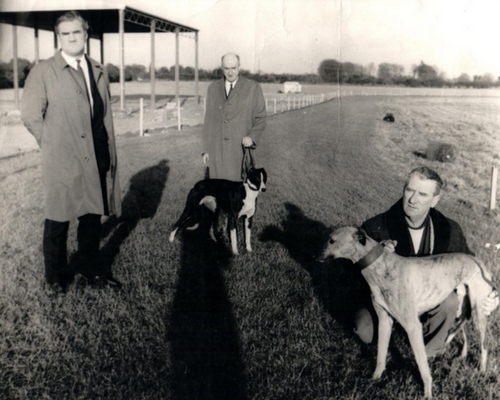 On 18th August 1972 racing commenced at it's new, and current venue, in Cornelscourt. Costing approx. £50,000, it was said to be the most modern track in the country.

Information sourced from "COLLAR AND LEAD - from ST. CONLETHS PARK TO CORNELSCOURT 1948 - 2001 by Joe Kearns