Greyhound Racing Ireland’s programme to enhance integrity in the sport has been significantly strengthened through a major upgrading of its laboratory testing infrastructure. 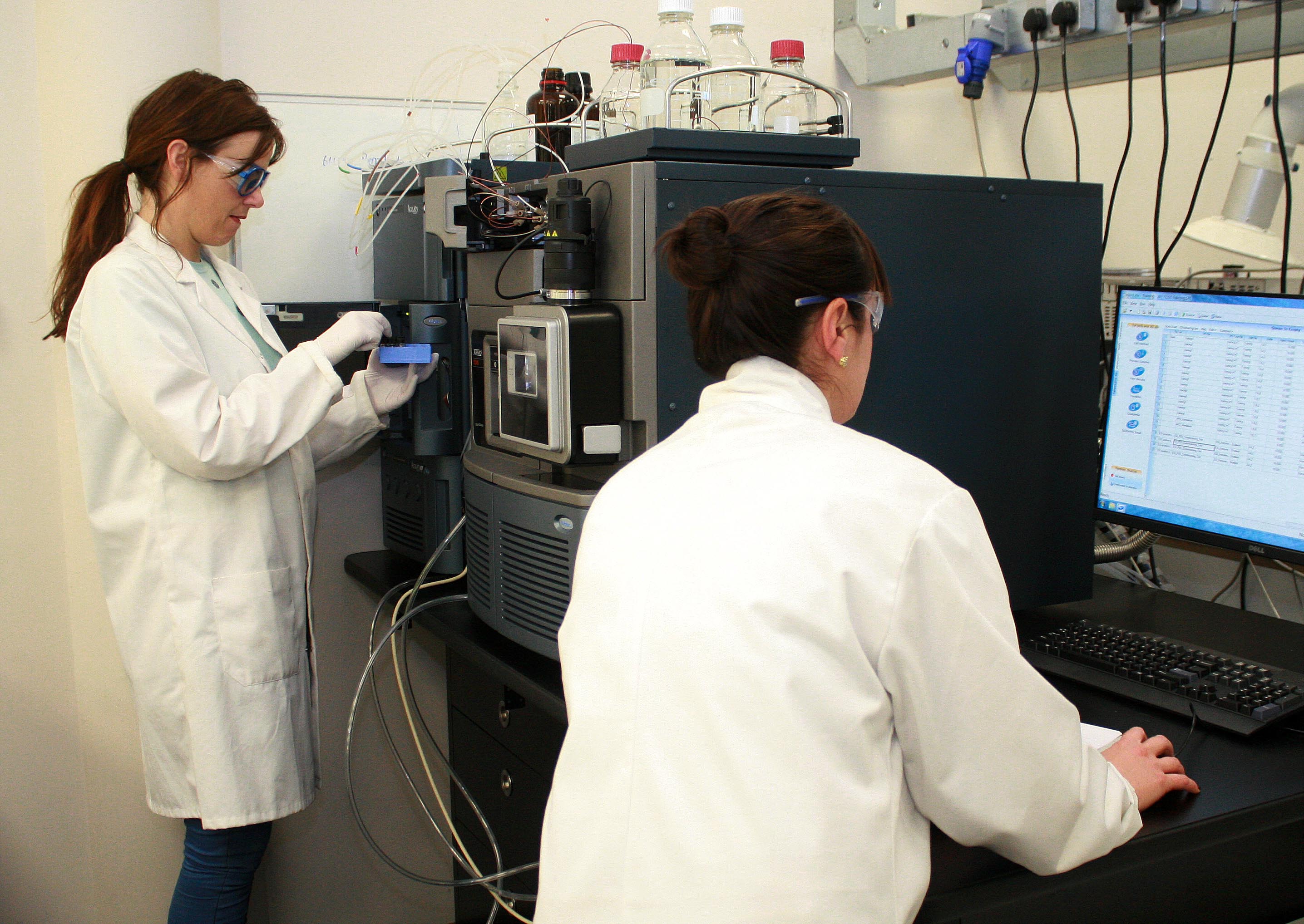 The Laboratory in Limerick this week commissioned a new state of the art analytical system that allows for the detection of substances, including anabolic steroids, at very low levels in samples taken from greyhounds.
The new top of the range equipment belongs to the triple-quadrupole liquid chromatography–mass spectrometry (LC–MS) class of systems. It is very sensitive allowing for the detection of drugs such as anabolic steroids which may have been administered a considerable time before the greyhound was sampled and thus have very low levels of residues remaining in the sample. It will, for example, greatly improve the laboratory’s ability to detect metabolites of the anabolic steroid Stanozolol in samples from greyhounds.
Critically, the machine allows for a very large increase in the number of drugs which can be targeted in each analytical run on individual samples taken from greyhounds. This greatly improves the efficiency with which doping substances can be targeted in a drug control laboratory and allows for the potential to expand coverage to meet future needs.
Phil Meaney, chairman of Greyhound Racing Ireland, said the installation of the new analytical system was the latest in a series of initiatives to establish a regulatory and enforcement environment that targeted non compliance with anti doping and medication controls.
“Last year, 5,383 samples taken from participating greyhounds were analysed at the GRI laboratory. Our stated intention is to eliminate any breaches of protocols and we won’t allow a small minority of owners or trainers to jeopardise our industry or our sport. This addition to our laboratory systems will greatly enhance our ability in that respect”, he said.

Greyhound Racing Ireland (GRI) / Rásaíocht Con Éireann are responsible for the control and development of the greyhound industry in the Republic of Ireland. GRI has licensed a total of seventeen tracks in the Republic, of which ten are owned and controlled by the organisation. The remainder are owned and operated by private enterprise. There are also a further three privately owned stadiums in Northern Ireland.
The greyhound industry in Ireland makes a very valuable contribution to rural economic and social life and as such is a sector that is deserving of attention, recognition and support. The industry employs just over 10,300 people directly and indirectly. The gross wage bill generated by this employment is estimated at €207 million per annum and the tax contribution from this employment is estimated at €21 million.
For more information about Greyhound racing in Ireland and individual track racing events please log on to www.gogreyhoundracing.ie.