One of the fastest greyhounds in the land over the past eighteen months, Jackslittlething has sadly run his last race after Brendan O’Neill confirmed at the weekend that he had damaged a stopper bone.

He is now set to take up a different career as a sire and, given his wonderful pedigree and exceptional talent, he is likely to be a popular choice for breeders. 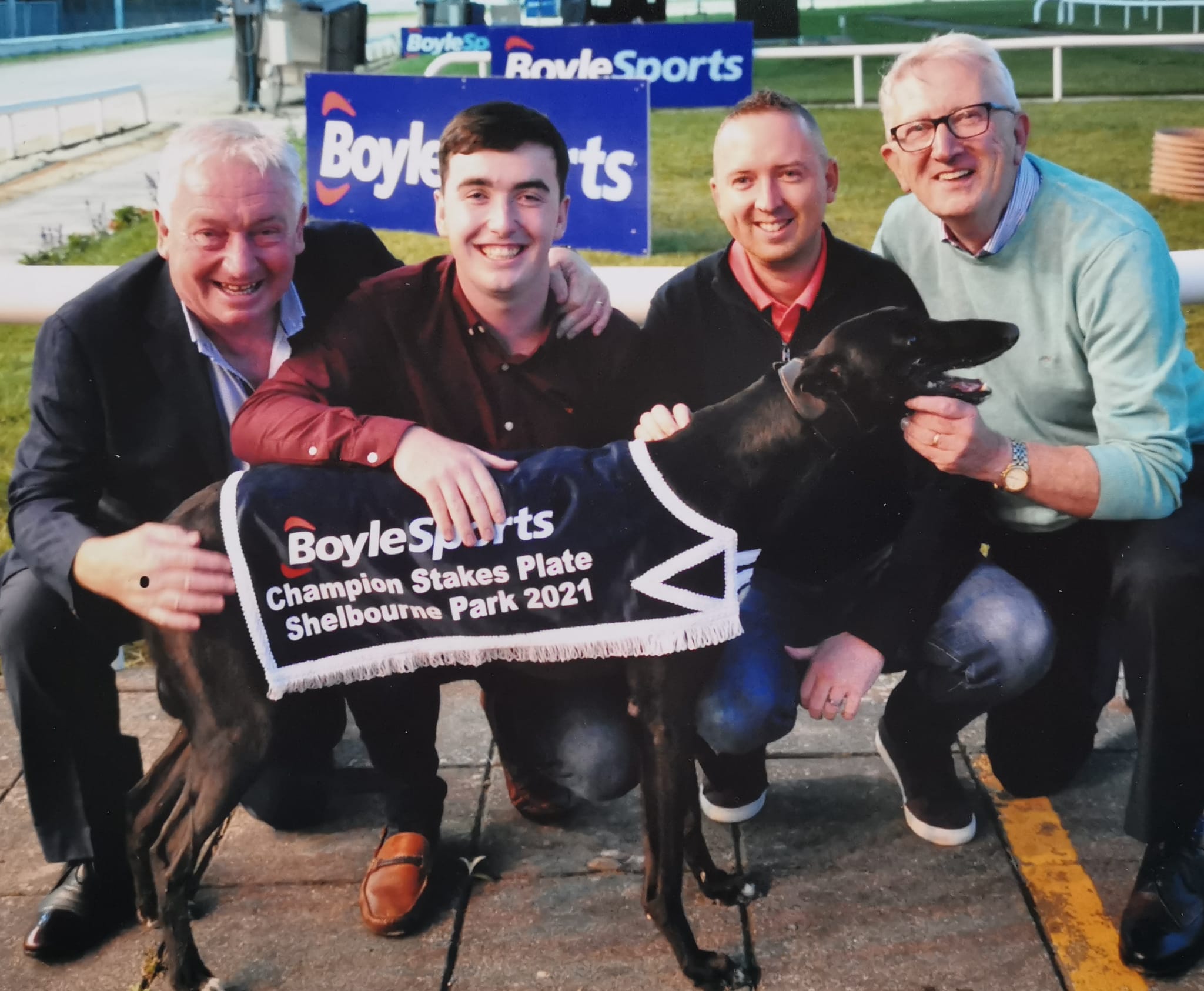 The Graham Holland trained star was one of the undoubted stars of the track over the past eighteen months.

In fact, he made his racing debut in the Rural Hawaii @ Stud Unraced at Clonmel eighteen months ago tomorrow. While encountering all manner of traffic on debut, he did qualify in fourth before grabbing the valuable competition by the scruff of the neck. Posting 28.51, 28.67 and 28.52 in the decider, he announced to the world that he was a serious operator and duly fulfilled his potential in the subsequent months.

It was only a trailer of what was to come in the following two months.

A greyhound with wonderful trapping ability, a fluent action and the power to see out 550yds with real ease, he was moulded with Shelbourne Park in mind.

That was never more evident in the opening round of the 2021 Derby as he posted one of the fastest times ever recorded at Shelbourne Park for the 550yd trip. Rocketing from trap four, he pulled clear of a talented field to score by five lengths in a stunning 29.10.

He had already been touted as a potential Derby champ but this run really did cement his standing as one of the very best in training. As we pen these words, only Pestana, Ballymac Ariel and Ballymac Wild have ever gone faster for the Derby trip.

FLYING THE FLAG FOR THE DOGS

He proceeded to win his second and third round heats in real style before again setting the standard in the quarter finals, as he recorded a rapid 29.23.

He was forced to display more of his qualities in the semi-finals, showing great determination and power to recover from an opening bend bump to qualify in third behind the subsequent Bitch and Dog of the Year, Susie Sapphire and Explosive Boy.

TOP DOG IN THE DERBY

At just over two years of age, he took his place in the Derby decider and was amongst the principals in the market.

Sadly, it wasn’t mean to be. He was just about winning the battle to turn second to Susie Sapphire only to be baulked as he attempted to drive the bend.

Left a distant third, he stayed on very strongly to chase home both Susie Sapphire and Singalong Sally. Not for the first time in the classic, he flew the flag for the dogs as the highest finishing male in the 2021 Derby.

Unfortunately, it was the last time we saw the wonderful son of Droopys Sydney at the peak of his powers. He returned this year but was plagued by niggles and could never find his very best form. He was given a good break and was getting ready for a return, posting a couple of serious times behind closed doors, before picking up his latest injury.

Owned by the Pillar Syndicate, which is made up of Noel and David Byrne and Larry and Jack O’Shea, he was a special tracker.

Noel Byrne has put some really flying machines through his hands over the years including the likes of Winetavern Oscar and Winetavern Sam but has no doubt that Jackslittlething was the fastest he ever had an involvement in.

He will now take up stud duties with Brendan O’Neill and as a son of the sensational sire Droopys Sydney, is certain to attract breeders. He also hails from one of the great dam lines with his dam Limini a daughter of Woodhill Spark, who in turn was a daughter of Linger.

We wish Jackslittlething the very best of luck in his new career and look forward to seeing his first crop of future champions hitting the track at the back end of 2023 and early 2024. Thanks for the memories Jack!