TED - A GREAT FRIEND TO THE SPORT

TED - A GREAT FRIEND TO THE SPORT

Copper Alley, or Ted as he was known to his friends, was not a superstar on the track. 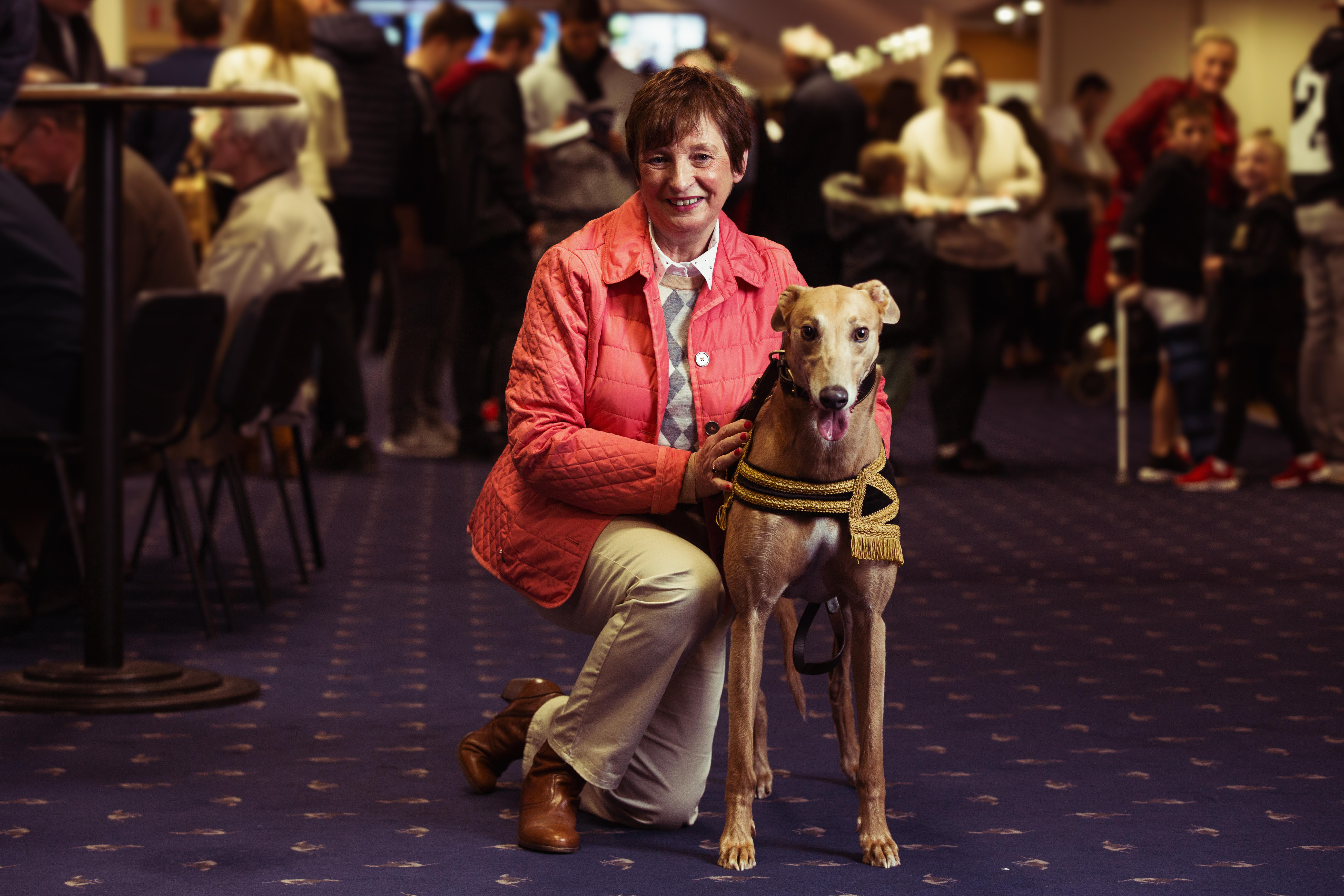 Because it wasn’t as a racer that Ted was to shine but rather as an ambassador for the sport and the retired greyhound movement. The son of Hondo Black and Grannys Night welcomed tens of thousands of people through the stiles at Shelbourne Park over the past five or six years and was ever popular with newcomers and regulars alike.

Sadly, Ted passed away last week. Brenda Powderly, a Special Merit Award winner last year, owned the beautiful fawn and reported that he passed away quietly at the age of eleven. Ted was the perfect example of how caring, docile and friendly greyhounds are and his mere presence at Shelbourne Park no doubt led to the adoption of many retired trackers in recent years.

Shelbourne Park simply won’t be the same without him and we’d like to take this opportunity to pass on our thanks and condolences to Brenda for her continued work with retired greyhounds, the rehoming initiatives and for looking after Ted so well during his life.

As a way to remember Ted, here is his story in his own words. This story was carried in the Irish Independent in September, 2017.

It's a life of milk and honey for Ted

I'm Ted. I celebrated my sixth birthday last January. I am a retired racing greyhound and as you can see, I love to pose for the camera.

I am enjoying life now as a pampered pet but during my career as a racing greyhound, I certainly lived life in the 'fast lane' and enjoyed every minute of it.

I used to complete the track in Shelbourne Park in 29 seconds, now I can find a comfortable couch in less than 10 seconds!

Let me tell you my story.

I was just three months old when I came to live in my current home.

I was a bit scared at first but on meeting the other greyhounds and small Jack Russells, I soon settled in to a happy life of racing and chasing in the fields.

I can still remember the excitement of the race nights at Shelbourne Park and Harold's Cross - and I won lots of races there.

I lapped up all the praise bestowed on me when I won and agreed with the excuses as to how unlucky I was when I lost.

When I was almost three years old (that's 21 in my dog years) it was decided that I should retire from racing. This was a whole new experience for me and I honestly didn't know what to expect.

Now my day begins with a nice walk through the fields at home near Drogheda.

This is followed by a breakfast of Weetabix, warm milk, honey and yogurt and then I snooze for several hours.

The afternoons are spent lazing in the garden. In the evening, I have another nice ramble in the fields.

After dinner I love to chill on my own personal duvet.

I recently took part in the Stroll to Gain Homes campaign in the Phoenix Park organised by the Irish Retired Greyhound Trust to promote retired greyhounds as pets.

I thoroughly enjoyed meeting other retired greyhounds like myself and made many new friends.

A photogenic top dog like me, I was invited to a 'Meet and Greet' event in Shelbourne Park recently.

There were so many cameras I became a Facebook 'celebrity' on the night with people queuing up for a snap!

Like all racing greyhounds, my pedigree can be traced back for up to five generations.

We are bred from champions.

This explains my relaxed and friendly temperament.

Dislikes: Bland dog food, only the best for me

Ted also featured as part of the Our People, Their Stories campaign. Why not take the opportunity to watch Ted ‘in action’.