Limerick Greyhound Stadium hosted their regular SIS meeting last night and it proved a memorable night for Myles Cummins and Breda Casey as their three litter comrades all recorded victories.

The litter in question is by Sir Paddy and Snuggie Whisper and it's a feat rarely achieved in greyhound racing where three winners from the same litter gallop to victory on the same night.

The first of the ‘Snuggies’ to crossover in front came in race two as Snuggie Brandy caused a massive upset to claim a second career win. Sent to traps at a huge 8/1, the fawn broke quickest wearing the white jacket and he showed lovely early speed to take a comfortable lead into the back stretch. Extending his advantage to four lengths at this point, Tractor Fred emerged a real challenger rounding the bottom two bends but Snuggie Brandy held firm to deny his rival. Just half a length in it at the winning line, the Myles Cummins-owned charge stopped the clock in 29.49.

The double was completed in race six as Snuggie Jesse sealed a second career win and incredibly, in an identical time to the aforementioned Snuggie Brandy. In a different style to her comrade however, she was only moderately into stride from trap one and had to settle for second place early on behind the fast-starting Riverdale Trudy in four. However, sticking tight to the rails, Snuggie Jessie made her move rounding the final turn and she overcame a two length deficit to get up in the shadow of the post. A neck in it at the winning line, the time was 29.49 for Snuggie Jesse who returned another big price at 5/1.

In race nine, Snuggie Jacksie put the icing on the cake for Breda Casey and Myles Cummings as like his sister earlier, he finished at speed to get up on the line. Running from trap five, Snuggy Jacksie didn't come away too fluently from the outside and had to settle for a midfield position early on. However, showing eye-catching speed down the back, Snuggie Jacksie coursed around runners and delivered a late surge to chin Inislosky Bosco on the line, by a neck. The winning time was 29.46 and incidentally, that returned a 242/1 treble for the kennel. 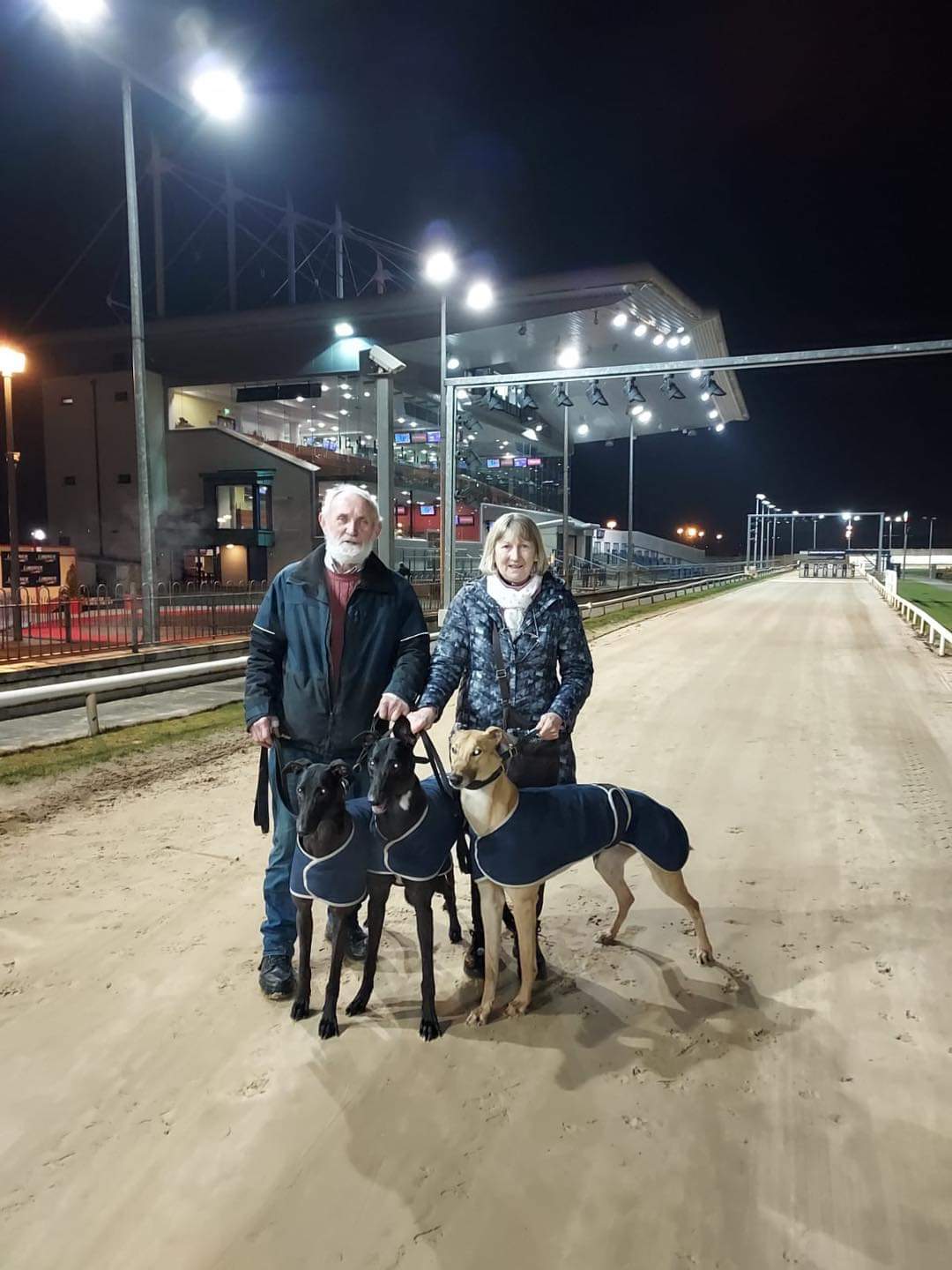