Just days after smashing the long-standing 525yd track record at Enniscorthy, the hugely exciting Cushie Concorde has been sold and has joined Pat Buckley.

Pat confirmed that Kenny Glen has purchased the son of Cushie Jet and his immediate target is the Star Sports & TRC English Derby.

Said Pat of his new recruit, “It was a brilliant run the other night and Kenny was keen on him. He looks a picture. John [Codd] has the dog gleaming and we’re looking at the English Derby with him. We’ll have a team of seven or eight and we plan to trial at Towcester on Tuesday week.”

John Codd may have sold Cushie Concorde but he is delighted with the start Cushie Jet has made since going to stud. From only a handful of runners he has already thrown a track record holder and seems likely to attract more interest as a result.

Much like his son, Cushie Jet was a hugely talented puppy, smashing the track record at Newbridge for the 525yd trip in just his ninth career start. Fast forward four years and his son also broke a track record but did so in even fewer starts.

Remarkably, Cushie Concorde was having just his fifth start on Sunday when breaking the 13-year-old record of Rossa Baby. John Codd was quick to mark the achievement and sent on a picture of father and son, both wearing the respective jackets they wore when breaking their track records. See below: 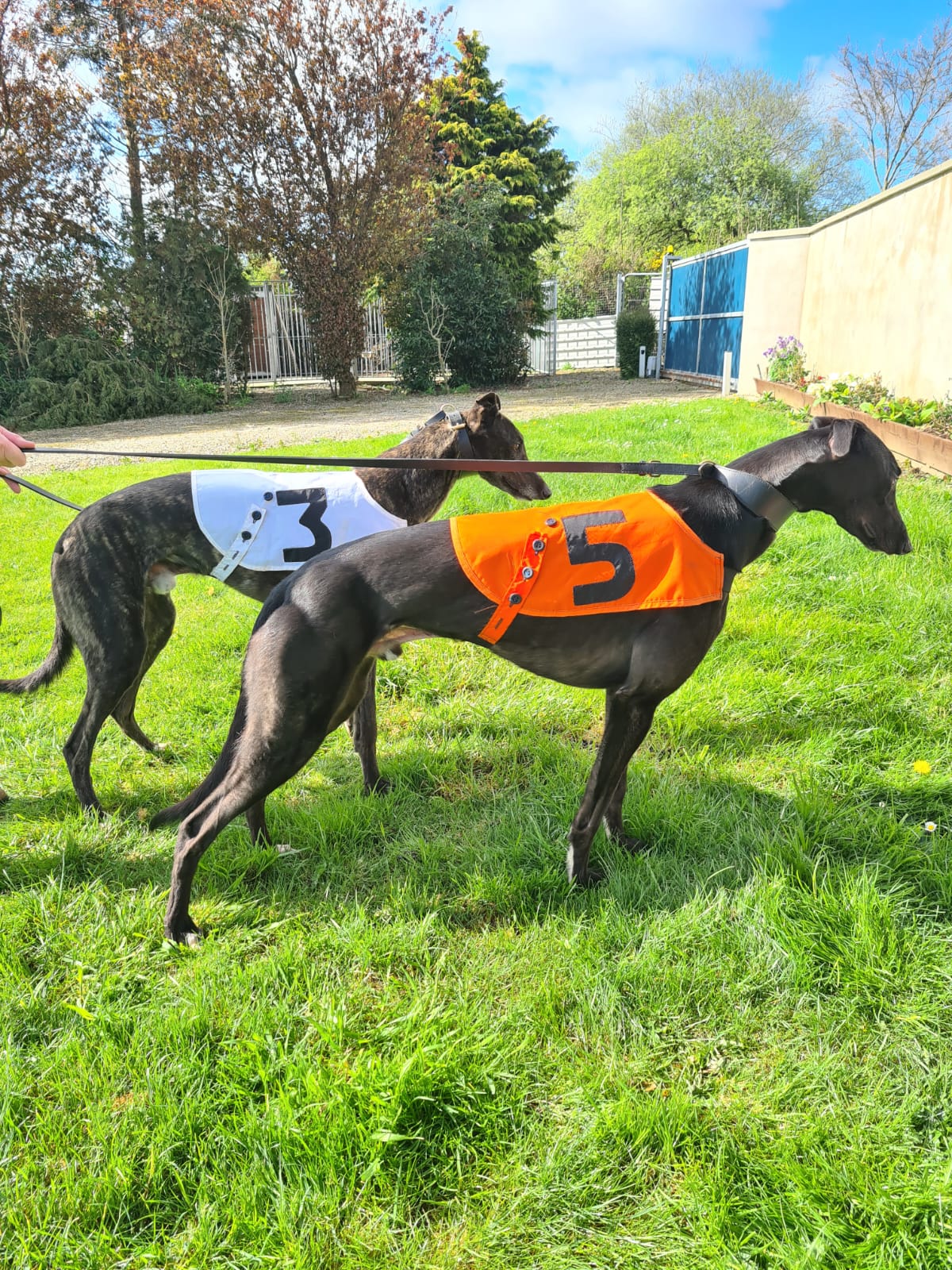