The two undoubted stars of horseracing and greyhound racing met yesterday with credit going to Vinny Grennan for making it happen.

A potential meeting had been mooted since Honeysuckle raced to her second Champion Hurdle at Cheltenham last month, just days after Susie Sapphire confirmed her standing as the darling of Irish greyhound racing with a superb victory in the Bresbet Easter Cup.

Owen McKenna made the journey down with Susie Sapphire to Henry de Bromhead’s yard and it was wonderful to see the pic of the pair meeting doing the rounds on social media. Rumour had it Honeysuckle was quite starstruck when meeting Susie Sapphire, but who could blame her. Afterall, it’s not often a bitch so young wins the Oaks, Derby and Easter Cup.

In all seriousness, it was a great initial idea to get the pair together and fair plan to young Vinny for making it happen. If you don’t follow Vinny on Twitter (@vinnygrennan) or Facebook, perhaps now is the time and make sure to share the images of Honeysuckle meeting Susie Sapphire far and wide. 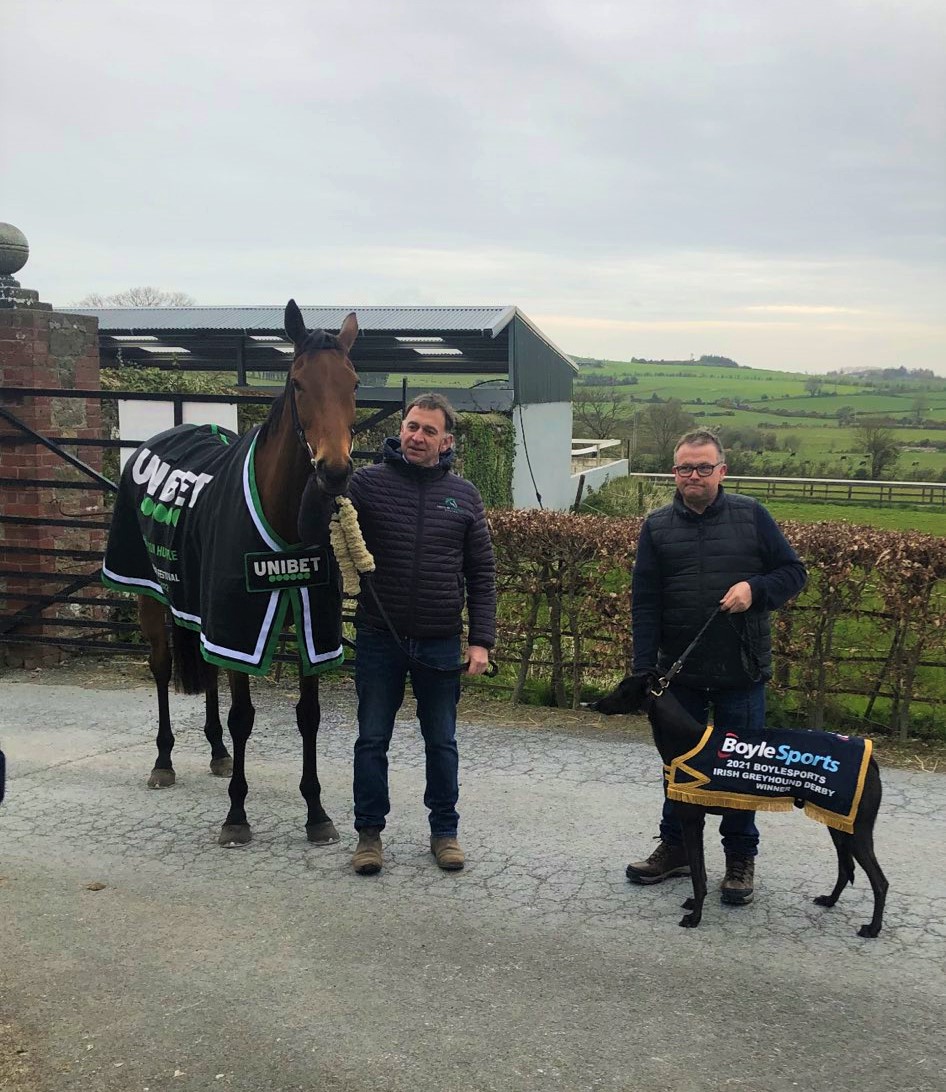