Off The Pitch ran out a tremendous winner of the €2,500 Islandbridge Open Sprint at Shelbourne Park on Friday night, charging into the turn to get the better of the fast-starting track record holder Gizmo Classic.

Everything seemed to be going to plan for Gizmo Classic when he hit the ground running from the inside box but the same early dash wasn’t there on this occasion. In contrast, on the outside of the track, Ela Supremo and Off The Pitch advanced into the turn.

Things were pretty tight on the bend with Of The Pitch, Ela Supremo and Gizmo Classic all challenging for the lead. Importantly, Off The Pitch held a narrow advantage and he drove the turn. Meanwhile Gizmo Classic was left short of room and was forced to check. Moments later, Ela Supremo found himself in the same predicament and he too was forced to check his stride.

It meant that Off The Pitch was afforded the room to shoot clear and, once doing so, the brilliant son of Droopys Jet and Sizzling Daisy quickly put the result beyond any doubt. Powering up the straight, the Pat Flanagan and Stuart Kenny owned star ran out a ready winner by four and a half lengths in 18.57.

For the popular husband and wife team of Skippy and Marie Gilbert, who train the winner, it was a sweet victory, not least because the former was celebrating a notable birthday. One would imagine all roads now lead to Dundalk for Off The Pitch. 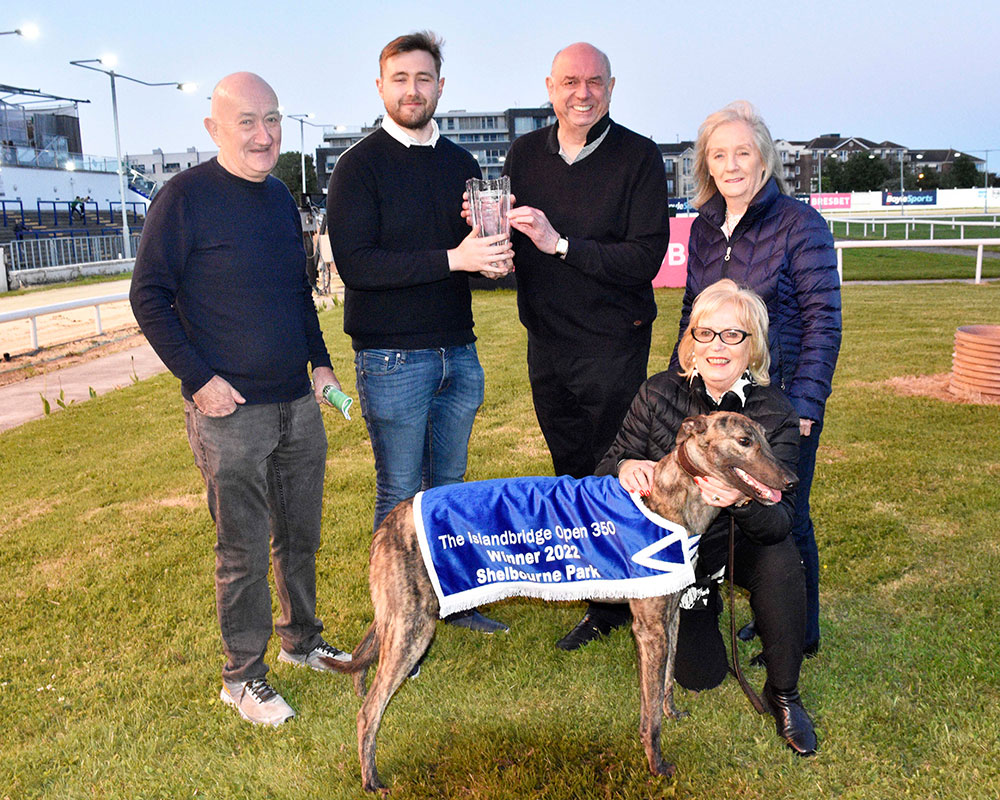 Elsewhere on the Shelbourne Park card there was a tremendous victory from Bogger Megan in the final of the €1,500 Retired Greyhound Trust A3 575.

In what was a very competitive contest, Glasmeen Gem, Dream Whizz and Bogger Megan were always to the fore.

Glasmeen Gem just led the field into the third turn but Liam Peacock’s Bogger Megan powered her way through on the fence to lead on the final bend. Pyledriver came with a massive run from of the pace to close in the dying yards but Boger Megan held on to score by a half length in 31.32.

Flickofacoin set the standard over the 525yd trip with a massive run in the second race.

Trained by David Murray for Thomas Glynn, the son of Droopys Sydney and Lemon Stacey led early before holding a strong challenge from Stefans Rock to score by two lengths in a very fast 28.19. He’s clearly a young greyhound going the right away and is worth following.