Jetts Doyle will forever have a special place in the heart of Tina McGrane after capturing the fourth race at Dundalk on Friday night. 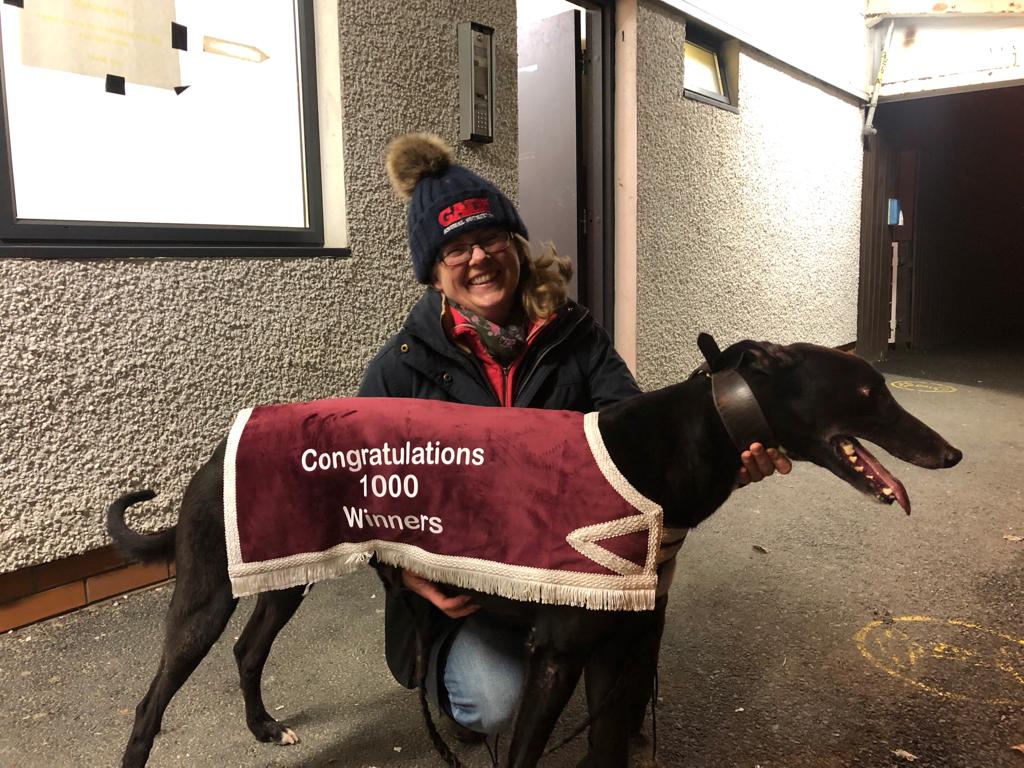 There was nothing overly special about the victory except for the fact that he was providing his popular handler with a remarkable 1000th winner.

It’s an incredible achievement for the Kells based handler and really should be celebrated. Her great friend Martin Tucker made us aware that Tina was likely to get into four figures over the weekend and, when he sent through word of the victory of Jetts Doyle, it was accompanied by a photograph (see right).

Tina has been involved in greyhound racing and training dogs for many years, taking out her license in 2000. She has sent out winners at more tracks than most, although the loss of Longford hit her particularly hard. It’s great to see Tina continue to send out winners and, hopefully, she will add many more to her tally in the coming years.

Her latest milestone got us thinking about some of the best dogs she trained. Certainly, the victory of Classy Victory in the €35,000 2005 Northwest Derby around Lifford was a highlight but there were plenty of other big nights. Another of her most memorable performers was Bolton Minister who she trained for her late father.

He won many races including the 1996 Midlands Cesarewitch, while also running up the Midlands Derby the following year.

On behalf of everyone involved in the sport, we pass on our heartiest congratulations to Tina on her milestone. Keep up the great work and Tina, don’t forget, you’re young enough to make it 2000 a few years from now. 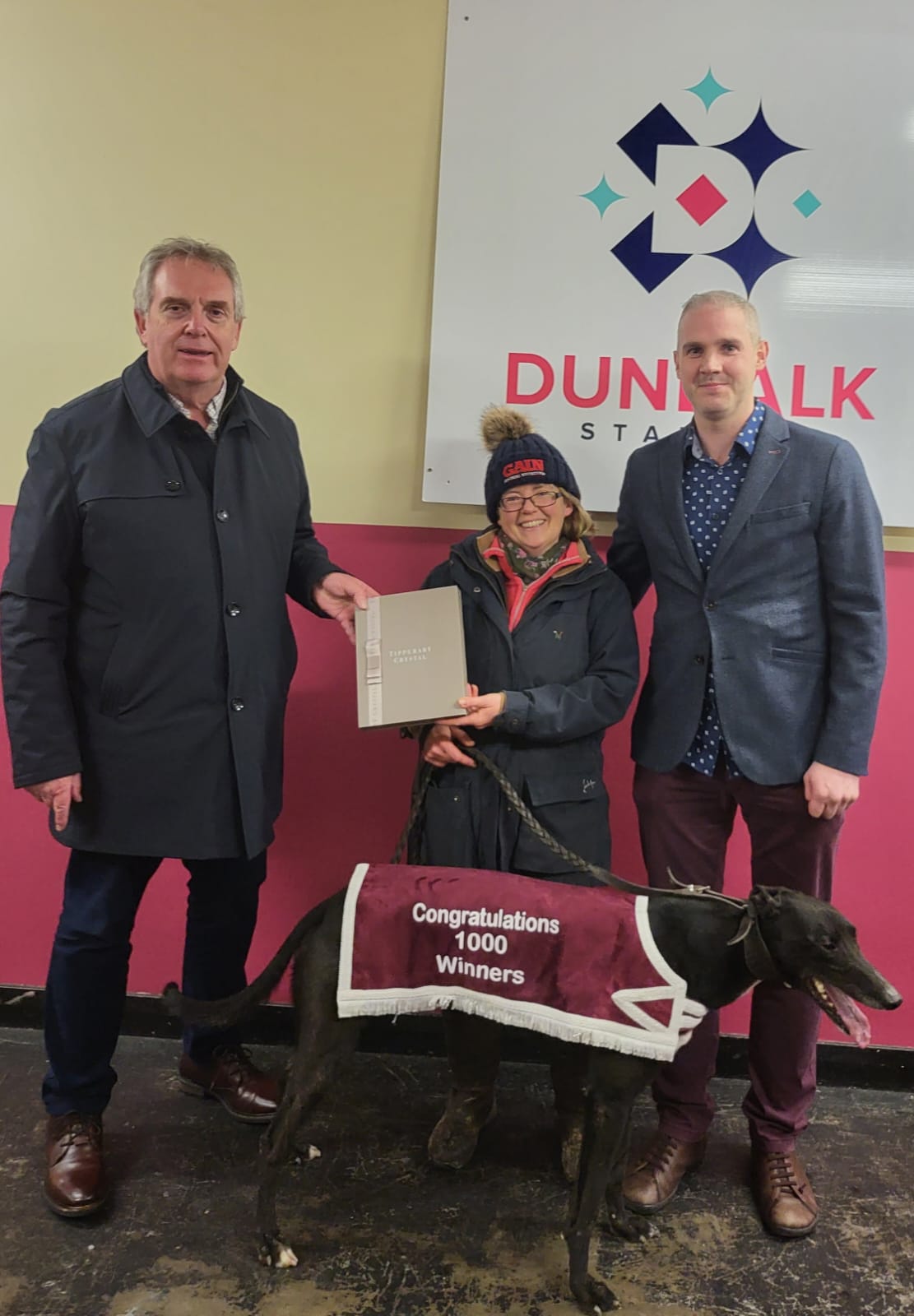 Dundalk's Jim Martin and Paddy Malone make a presentation to Tina after recording her 1000th winner as a trainer.