The Irish Retired Greyhound Trust (IRGT) has assisted in the rehoming of more than 2000 retired greyhounds in 2021, a new yearly record for the charity organisation.

Established by Rásaíocht Con Éireann (RCÉ) / Greyhound Racing Ireland (GRI) in 1997, the IRGT is funded through owners’ prizemoney deductions, matched donations by GRI and private donations in its work to rehome greyhounds after retirement and promote them as domestic pets.

Rosie, who recently retired from racing, had the honour of being the 2000th dog to be rehomed in 2021 and took up residence with her new owners in Limerick in late November. 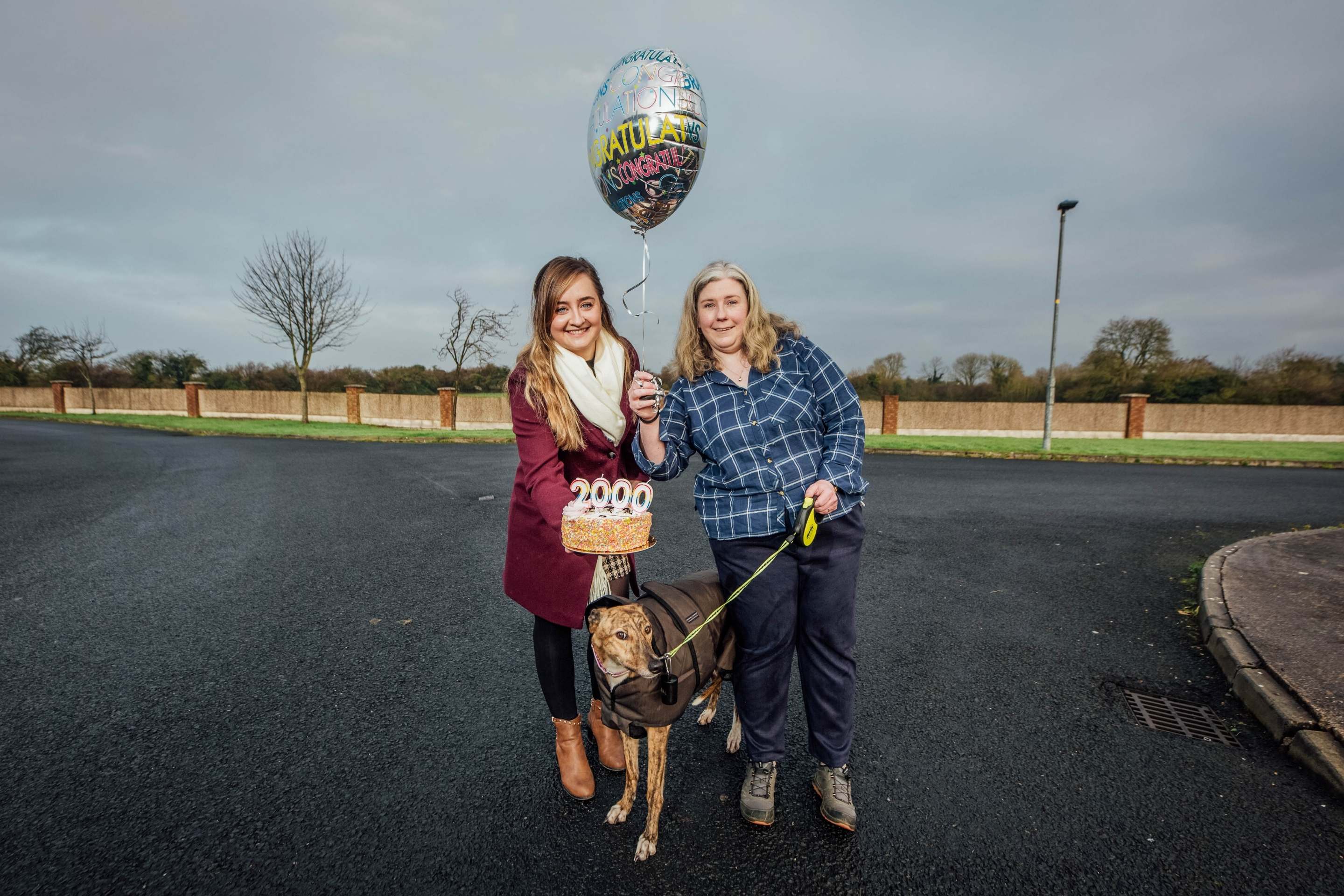 “GRI, in conjunction with members of the greyhound racing community, has invested significantly on its care and welfare programme during 2021 despite the impact on commercial operations during COVID-19,” explained Mr. Frank Nyhan, Chair of the Board of GRI.

He continued, “Our plans for 2022 include a further expansion of the Care Centre/Foster Centre Programme and continuing to financially incentivise the rehoming of greyhounds in Ireland through additional supports though the IRGT.”

On behalf of the Trustees of the IRGT, Barry Coleman (Secretary), said, “Retired greyhounds make wonderful pets and loving companions. That’s why the IRGT is actively involved in the promotion of greyhounds as pets and preparation and rehoming of retired Irish greyhounds at home and abroad through our adoption programme. We are eager to help any owner interested in rehoming their retired greyhound or a potential adopter who would love one as a pet.”

“As the IRGT prepares to celebrate the 25th anniversary of its foundation, the Board of Trustees wishes to thank GRI for its ongoing support, which is making a real difference in promoting greater public awareness of the suitability of greyhounds as pets,” he added.

The IRGT’s main roles including finding homes for greyhounds after retirement, promoting them as domestic pets, advising owners on what veterinary procedures are required prior to the rehoming of their greyhounds, coordinating transport of the retired greyhounds to the various rehoming agencies that have secured homes for the greyhounds and providing financial support.  Visit www.irgt.ie for more.