The Kingdom Greyhound Stadium is proud to announce that once again the Ballymac Anton @ Stud Quad Distance Stake will take place again this year.

Kindly sponsored in a joint venture by Frightful Flash Kennels, KGOBA and the Track Supporters Club this will again, like last year be for A5 class greyhounds. The event will start over the 500 yards distance, progressing to 525 for round two, 550 yards for the semi finals and 570 yards for the final with a Winner's prize of €5,000 (if stake fills).

Speaking at the launch of the event in Tralee Murt Murphy of the track supporters club and Brendan Nolan of KGOBA said they were both delighted on behalf of their members to be involved in such an attractive event.

Michael Dunne of Frightful Flash Kennels also stated, "This event tests the endurance of the entrants and FFK are delighted to give something back to all our loyal Kerry base in sponsorship." 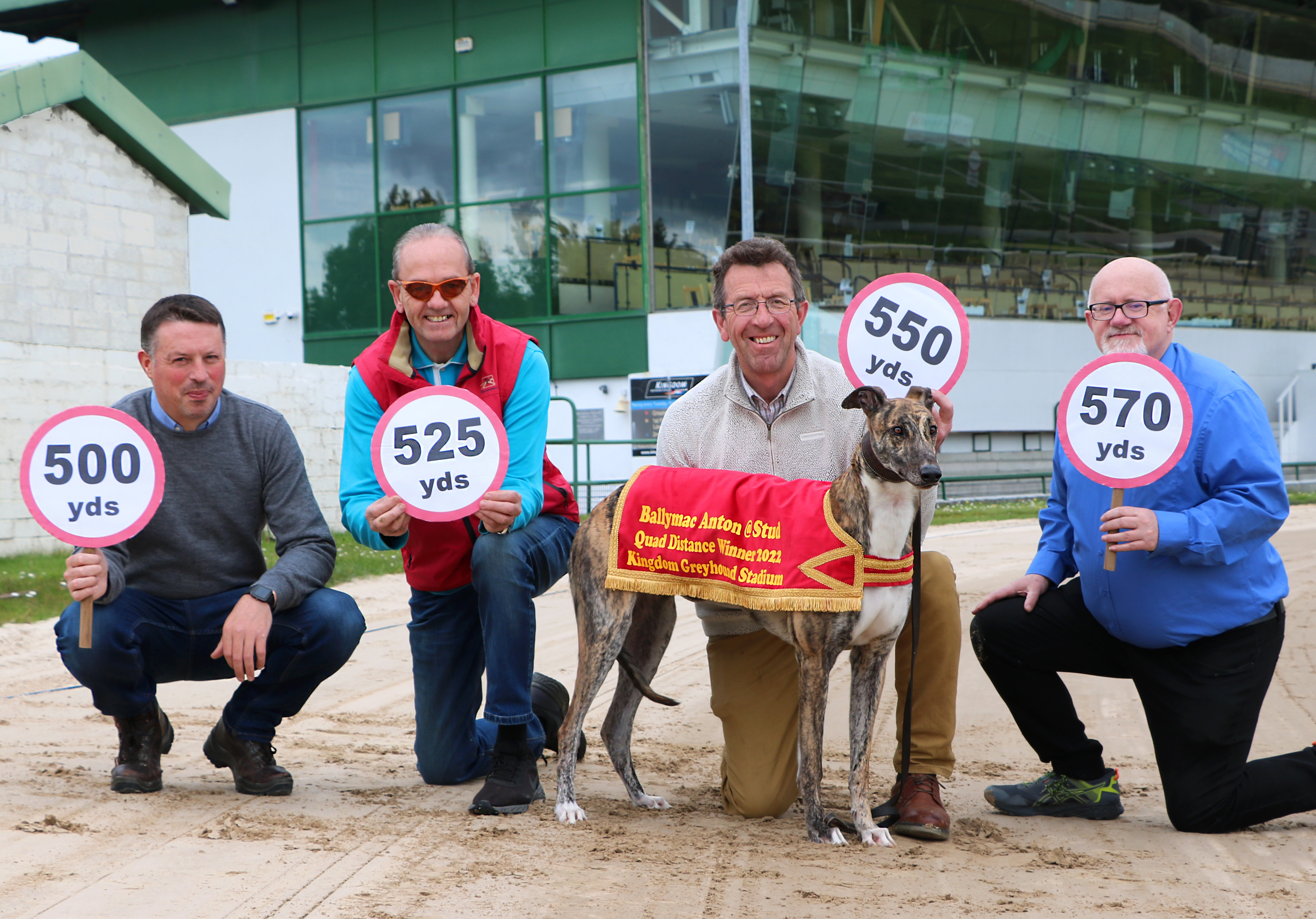