FEORA CHRIS (Droopys Sydney-Feora Inish) made it six straight wins in the feature final at Tralee on Friday night.

Sent to traps at odds of 1-3, the December puppy delivered another sensational display in the final of the €2,250 to the winner Aoife Thornton Stakes.

He wasn't the quickest into stride but the exciting puppy showed massive early speed to take up the running before the opening corner. Pilling on the pressure heading down the back straight, he pulled three of four lengths clear to the third corner. It was another special performance as he made it six wins from just seven career outings. Staying on well upfront, he came home with four lengths to spare over Coolavanny Style, in a top-class, 28.23. Con Guiney's dog looks like he has a big future. 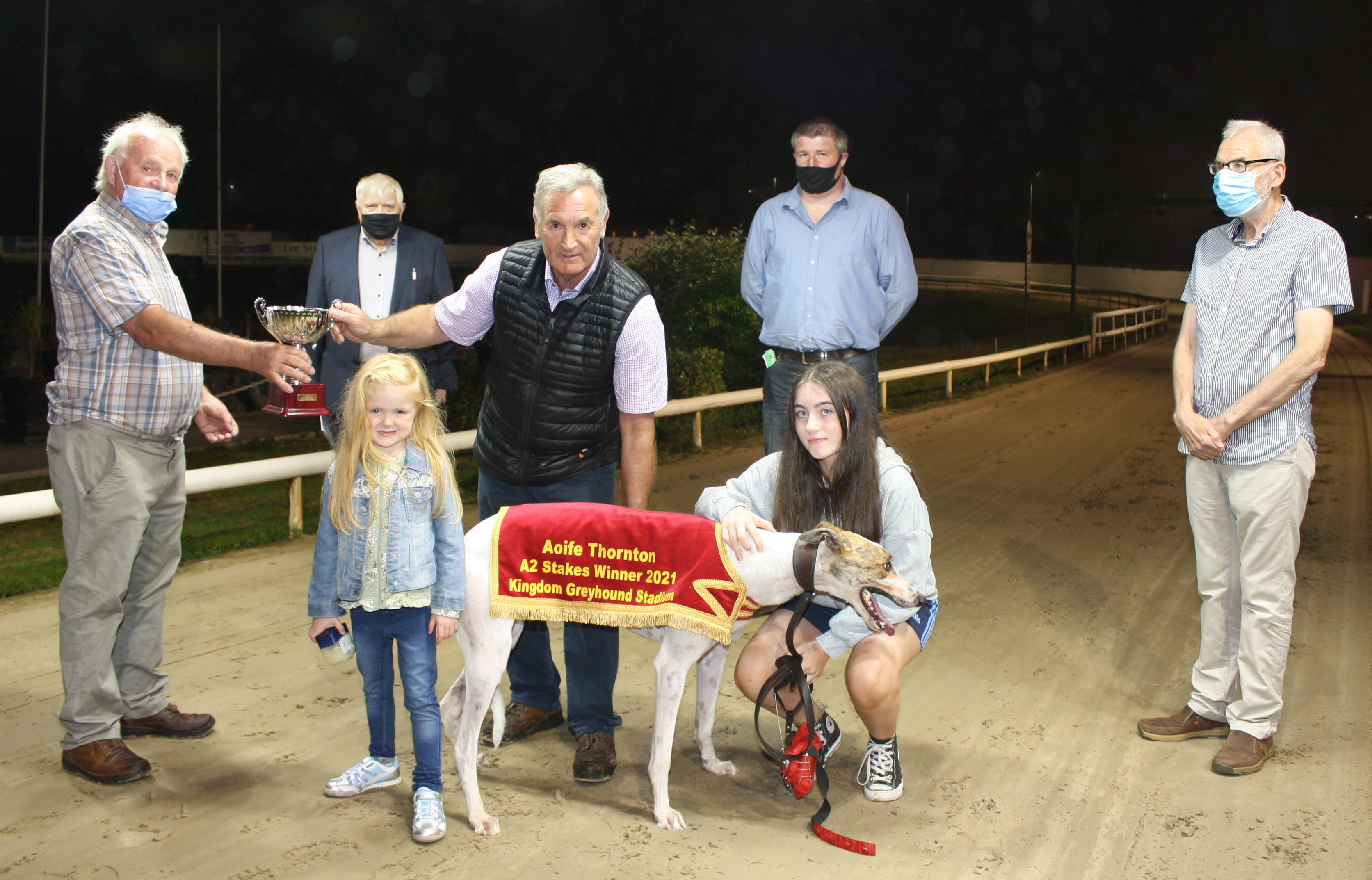 Photo of the presentation to Con Guiney with Feora Chris.